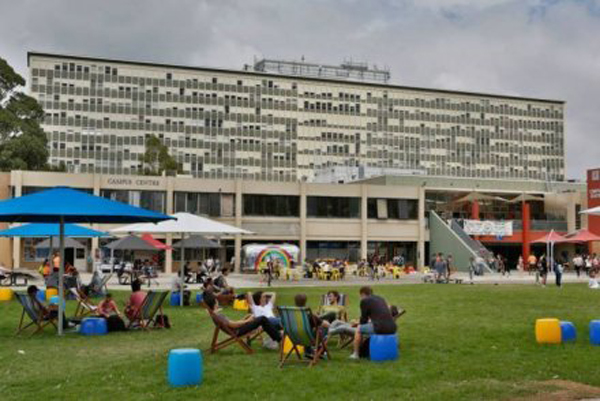 Monash University is the first Australian university to have a policy on trigger warnings. (Credit: ABC licensed).

Has Monash University melted in the face of the “Snowflake Generation” or is it just looking after its students’ wellbeing?

A key element in the new culture war that has swept through universities around the world has reached Australian campuses.

Monash University has become the first in Australia to implement a policy of “trigger warnings”.

In its pilot program, 15 of the university’s course outlines carry the warnings of potentially emotionally distressing content.

The university says political correctness played no part in its decision, but critics say it is a concession to students demanding to be shielded from ideas they disagree with.

‘This will allow students … to prepare themselves’

The policy is the culmination of years of campaigning by the university’s Student Association.

Union president Matilda Grey dismissed criticism of the move, saying the current generation of students was simply more aware of the range of experiences of their peers that included for example, those who have been traumatised by sexual assault or other violent crime.

“We’re not suggesting that students shouldn’t be faced with challenges during their uni experiences,” she said.

“But this will allow students who do have a response, whether that be an anxiety attack or a panic attack based on any previous traumatic experiences, to be able to prepare themselves and take responsibility for their actions and manage those responses.”

That raises a difficult question.

So where would that leave a student who, having been warned that course material might traumatise them, decides they cannot attend a class or read a text?

“We’ve seen how this has played out in the US and it can turn into a censorious, highly politically correct [culture] and highly harmful to the mission of education that universities exist for,” he said.

Newcastle University associate professor Marguerite Johnson has never shied away from warning students when particularly explicit material was coming up.

But while she considers herself a progressive educator, she too objects to the idea of a university administration codifying when trigger warnings are to be given.

For a start, she thinks Monash University’s threshold of “emotionally distressing” sets the bar ridiculously low.

She believes warning students about texts interrupts the way they approach and interpret works.

“If we are warning them all the time, then we are creating a preconceived notion that this material is going to upset me,” Associate Professor Johnson said.

While in recent years criminal law students at Harvard University have objected to the discussion of sexual assault law because it could cause victims distress, Associate Professor Johnson said it is the very fact that material might disturb students that can benefit society, pointing to the reform of sex assault laws in Australia.

“Those young feminist students in the 70s who were reading law and looked at the way women were represented in the law, who studied rape cases, who then went on to be lawyers who advocated to change the legislation about rape in court — if they hadn’t experienced the horrors of reading the materials as students, how would they know what to fight against, how would they know what to kick against?” she said.

Associate Professor Johnson also fears the move for trigger warnings on courses could lead to the imposition of warnings on specific texts.

That is hardly surprising given her long experience in teaching the ancient Roman poetry of Ovid.

In the United States, Ovid’s Metamorphoses has been repeatedly targeted by students objecting to its sexually violent content.

The works of F Scott Fitzgerald and Virginia Woolf are among others singled out by students as difficult and requiring warnings.

Associate Professor Johnson believes such lists are a real threat to academic freedom.

“It could lead to certain courses being deemed by an advisory board as being too potentially traumatic to remain on the syllabus.”

While the student body at Monash has no plans to demand warnings on specific works for now, it will not rule that out in the future.

“Certain texts that perhaps should be removed from courses, absolutely,” Ms Grey said.

The Student Association at Monash is satisfied with the list of subject areas the university has adopted for trigger warnings, but at other campuses students are drawing up much more extensive lists.

It says it remains open to suggestions to add to that list.