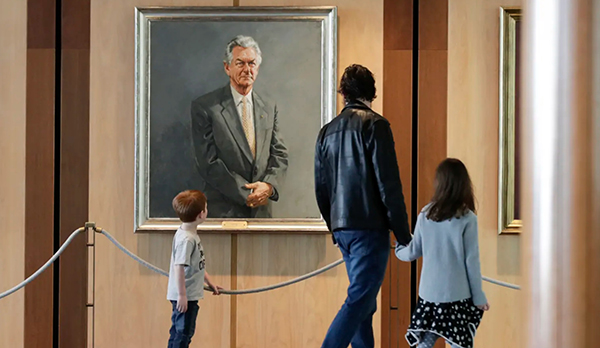 The Morrison government will buy and renovate the childhood home of former prime minister Bob Hawke in Bordertown, South Australia.

Prime Minister Scott Morrison said the federal government would provide $750,000 to protect the heritage value of the house where Mr Hawke spent his earliest years.

“[Mr Hawke’s] childhood home is a significant part of our national story and preserving it will enable current and future generations to celebrate his life, achievements and substantial role in our democratic history,” Mr Morrison said.

While Australia’s longest-serving Labor prime minister grew up in Perth and spent significant time in Melbourne, Canberra and Sydney, he was born in Bordertown in 1929, and lived in the house until 1935.

Shortly before the May federal election – and before Mr Hawke died – Labor announced it would buy “Hawke House” if it won government. There have since been calls from within Labor for the Coalition to follow suit, as it was Mr Hawke’s wish for the house to serve as a museum celebrating his life and achievements.

A Labor source said the party “absolutely welcomed the decision as a sign of respect for Mr Hawke. It’s the right thing to do”.

The house is currently used as a community facility. It is understood the government will work with Bordertown locals and the National Trust of South Australia to upgrade the building and determine exactly how it will be used.

The house, built in 1884, is currently listed for sale by Ray White Bordertown, with “price upon application”. Apart from its historic value, it is described as “close to shops”.

Mr Hawke died at the age of 89 on May 16. Last week, federal Parliament devoted a whole day of sittings to pay tribute to the former prime minister. He was remembered as “Labor’s greatest prime minister,” who oversaw the floating of the dollar and the launch of Medicare.

The government has also recently announced $5 million for an annual scholarship in Mr Hawke’s name. It will support a student to study overseas for up to three years “in any field deemed in the interests of the nation”.