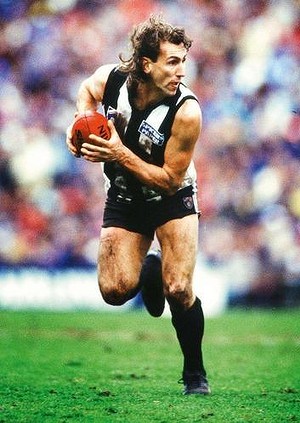 In 2015, Western Bulldogs midfielder Lin Jong is rightly lauded for his skills, but he also stands out for being in the minority of AFL players of Asian descent.

What young fans may not know is there were players of Asian heritage long before Jong pulled on the boots.

Take George Tansing, of Chinese heritage, who played five games for Geelong in 1905. In Multiculturalism in Australian Football, a new photographic exhibition at the Immigration Museum, Tansing’s image is one of several serving as a timely reminder of just how intrinsic cultural diversity is to our national game.

“Football is one of the most powerful games here in Victoria, as well as Australia,” said Immigration Museum manager Padmini Sebastian at the exhibition launch on Wednesday morning.

“It’s a powerful vehicle to promote and celebrate our rich, culturally diverse heritage.”