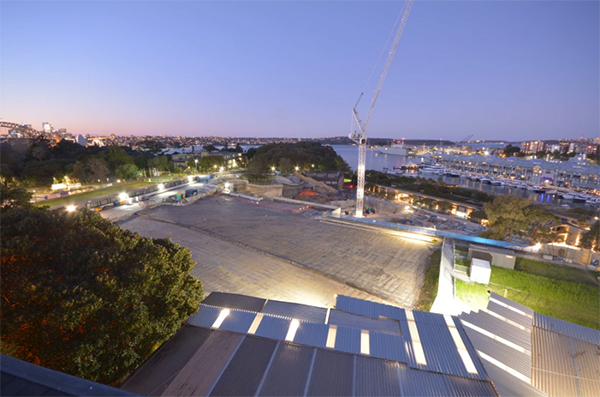 The construction of Sydney Modern is due to be finished in 2022.

The Art Gallery of NSW is facing a multimillion-dollar funding cut that would hit its programs, staff and shows as it prepares to open the doors of its new home for contemporary art, Sydney Modern.

NSW Treasury proposes cutting $9 million annually from the gallery’s budget from June, according to budget forecasts outlined by Arts Minister Don Harwin in answer to Opposition questions in Budget Estimates.

The cut would be a major blow to the gallery’s daily operations and could affect planning for exhibitions, staff budgets and programs at the same time as it almost doubles its exhibition space with the construction of Sydney Modern due to finish in 2022.

As it stands, the Art Gallery of NSW would have no extra money in its operations budget to plan for Sydney Modern unless additional grant money comes through.

The forward estimates act as a guide to Treasury thinking and are projected by two or three years so that galleries and museums can plan future exhibitions, staff budgets and programs with certainty.

If these figures are adopted in the upcoming NSW budget, the Australian Museum would take an even deeper cut of $13 million just months after opening its $57 million renovated galleries. Total government funding is projected to fall from $45.6 million to $32.5 million from June due to a deep cut to the museum’s operating budget.

The Museum of Applied Arts and Sciences would have to find savings of almost $10 million annually with total government funding to fall from $39 million to $29.7 million over the next 12 months. It has also asked the government to fund renovations to the Ultimo Powerhouse this budget.

Sydney Living Museums faces losing $5 million annually, a combination of recurrent and capital money. State Library will be protected this coming financial year but will lose $9 million in 2022-23 as a result of a tail-off in capital works funding. Sydney Opera House expects similar and stable levels of government funding.

But the size of the operating budget is what determines the quality of art, exhibitions and performances inside the renovated and expanded spaces. 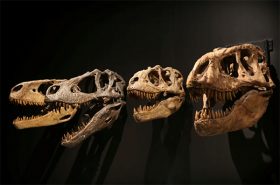 On top of its existing operations budget, the Art Gallery of NSW is believed to need an extra $14 million-plus annually to operate its new spaces at Sydney Modern.

“The Berejiklian government is asking one of the state’s most important cultural institutions to do much more with much less,” he said.

“Make no mistake, Sydney Modern will draw thousands of more visitors and that will be great for the city’s economy. That said, funding should be increasing rather than contracting. This is bewildering, illogical and unfair.”

Dr Cmielewski said philanthropists and the private sector couldn’t be expected to shoulder the new burden of the projected cuts.

She said stripping the capacity of such institutions to deliver innovative programming worthy of the new developments was a form of fiscal cynicism that would result in an unsustainable model to deliver state, national and international cultural programmes and visitation.

“The outlook becomes increasingly unstable when considered in the broader context of the continuing decimation over the past years of the more experimental small-to-medium Australian arts companies that stimulate and drive our creative output.

“Certainly, the NSW government must build new and state-of-the-art cultural facilities, but they must also ensure effective levels of financial support for the talent and expertise to see them thrive.”

See also: Berejiklian splurges on pet projects but stints on the basic upkeep of the arts