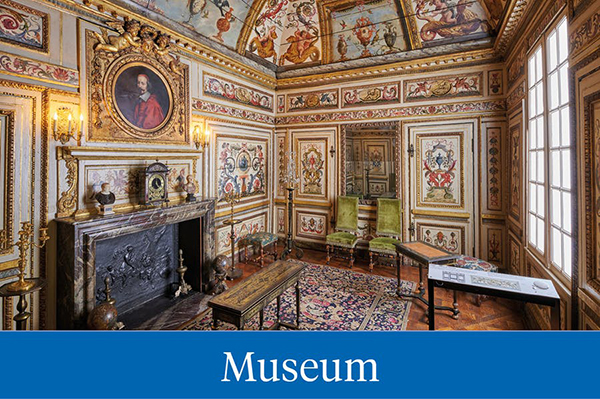 A room at the Musée Carnavalet, Paris, reopened May 2021. Photo: © Pierre Antoine.

It could have gone so wrong. For those of us who love the Carnavalet, it was always a uniquely atmospheric Parisian museum, full of antiquarian clutter. Its atmosphere is inseparable from its history, as the unexpected by-product of Baron Haussmann’s dramatic levelling of swathes of the city. Out of that destruction arose the desire to conserve, although what was conserved was gleefully haphazard. Carnavalet’s collections have always been shaped by the eccentricities of its donors, whose relics of French history took a bewildering number of forms. Since it opened its doors to the public in 1880, the museum’s holdings have grown voraciously, although not according to any systematic plan. Every lover of Carnavalet has their own favourite corner of the museum; mine was always the miniature, ivory guillotines, crammed into an annex of Revolutionary memorabilia upstairs, safely segregated from the rest of French history.

The reopened museum has somehow managed to create a much more engaging and accessible visitor experience without sacrificing the sense of quirky discovery. We still enter through a hall full of shop signs from across the centuries, a vibrant record of historic Parisian trades and their exuberant symbolism. The chronological scope of the museum has been vastly expanded, so that a visit that used to begin in the 16th century now has a remarkable prequel: down in the basement can be seen the vestiges of Neolithic Paris, including some of the oldest wooden canoes in Europe. Elsewhere, the museum pushes into the contemporary, with exhibits linked to the recent terrorist attacks and the fire of Notre-Dame.

The five-year renovation has allowed for a far larger portion of the collections to be visible – 60 per cent, apparently, of what is on show today was formerly in store. But while this quantity of material could be overwhelming, the curators have worked hard to make the whole shape of the museum more comprehensible through the new exhibition rooms (detailing the phases of its growth), a streamlined display, an easier circulation through the galleries and elegant access points (the spiral staircases between floors are wonderful). Old favourites among the exhibits – such as Proust’s bed – are now accompanied by multimedia elements. The period rooms have never looked more opulent, a monument to the style and grace of former resident Madame de Sévigné. Carnavalet is the ultimate palimpsest of Paris, and this reopening confirms its status as the most enthralling city museum in the world.

Tom Stammers is a cultural historian of France.