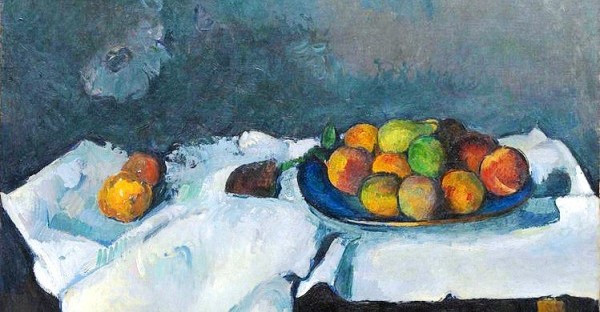 The Guggenheim Museum in New York is renting out pantings from its collection, including Paul Cezanne’s “Still Life: Plate of Peaches,” to the El Paso Museum of Art for fees in excess of routine Guggenheim expenses, according to the contract. Source: Guggenheim Museum).

About a third of the collection’s roughly 300 photographs had been featured as a 2012 exhibition at the De Young Museum in Golden Gate Park. The company sales pitch touts the museum’s imprimatur.

A Wall Street Journal tech writer was frank in describing the company’s general marketing plan: “[You] get to do some shoulder-rubbing with the jet-setter of your choice if you cough up the dough.” Art museum pedigree adds luster.

So does another, far more troubling fact: The businessman-collector is also a De Young trustee.

The link between the art museum and IfOnly is emblematic of a disturbing transformation, which has been unfolding over a generation: Museums are being relentlessly commercialized.

Nonprofit status subsidizes museums through the public tax code. The status was invented more than a century ago to foster diversity of independent thought, free from the narrow economic demands of business or the ideological commands of government. Today, that independence is being corrupted as the wall separating art museums from business activities is crumbling.

In fact, so commonplace is the boundary-blurring that few any longer notice. A new normal is in the making.