You are here: Home » Articles filed under: 'News' » Article: 'Museum curators among most trusted profs'

Museum curators among most trusted profs 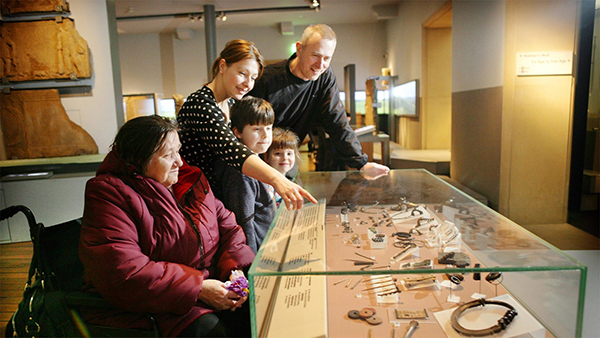 Curators fare well across gender and political divides but split opinion according to educational background.

Ipsos MORI’s Veracity Index, the longest-running poll on trust in professions in Britain, asks adults to judge whether they would trust people working in a range of 30 professions to tell them the truth.

The high score sees museum curators ranked within the top five most trusted professions, behind nurses (94%), librarians (93%) and doctors (91%), and alongside teachers (86%).

Museum curators have enjoyed a four-percentage-point increase from the 2020 Veracity Index, in which a result of 82% saw curators ranking eighth. The boost has seen curators overtake engineers, judges, professors and scientists in 2021.

When breaking down the results by demographic, museum curators were deemed trustworthy by 86% of men and 87% of women, and likewise by 87% of Labour voters and 88% of Conservative voters.

While gender and political differences did not dramatically divide opinion, educational background exposed a gap in the likelihood that a respondent would find museum curators trustworthy, with a result of 93% from those with a degree and 76% from those without.

The five least-trusted professions include business leaders, journalists, government ministers, politicians generally and advertising executives, while the police have seen the sharpest decline, with their trustworthiness falling from 71% in 2020 to 63% in 2021.

Mike Clemence, a researcher at Ipsos MORI, said: “This year’s index has a new entrant very near the top of the ranking: more than nine in ten Britons say they trust librarians to tell the truth. It also confirms some movements we started to see last year, most notably the drop in trust in the police, which can be seen among both men and women.

“Trust in journalists now equals the highest level we have recorded in the index, although still they are trusted by fewer than three in ten of the British public. Other professions who have seen an increase in public esteem include professional footballers and estate agents.

“We have also seen a small increase in trust in politicians – although both are trusted by just one in five Britons. This leaves advertising executives at the foot of the table for 2021, although even with them distrust is not as bad as it was last year.”

The Veracity Index has been produced consistently since 1983, with this year’s results marking the 24th poll.