October 1st, 2021 | Browse other: News. | Tagged with: Museum curators around the world reveal their ‘creepiest objects’ | 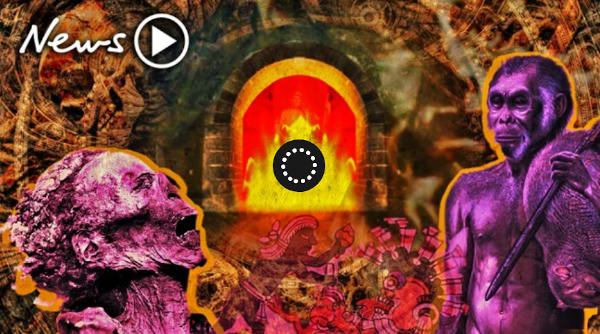 These weird archaeological discoveries provide a window into the cultures of the past. Click here to view the video.

A while back, somebody asked museum curators to share photos of their most unsettling objects – and the results are quite simply the stuff of nightmares.

And just when you thought you’d seen the worst of it, a few new additions leave the others for dead.

This is a 3rd/4th-century hair bun from the burial of a Roman woman, still with the jet pins in place. It’s from the Yorkshire Museum in York, UK. This is from the PEI Museum on Prince Edward Island, Canada. This ‘cursed’ children’s toy was found inside the walls of a 155-year-old mansion. Staff at the museum called it “wheelie” and here’s the kicker: it moves on its own. Apparently, staff put it in one place, and find it in another spot later on. 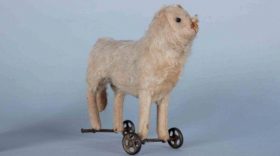 Honestly, this is the stuff nightmares are made of. Every member of that band is more creepy than the last. It’s from the Wi Maritime Museum in Wisconsin, US. 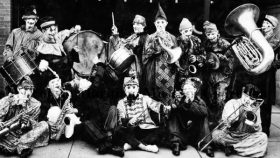 Scared of clowns? How about 13 clowns? Picture: Wisconsin Maritime Museum.

This snuff box is said to contain the pubic hair of one of George IV’s mistresses. Nothing creepy about that. Nothing creepy at all. This is kept by Museums of the University of St Andrews, Scotland. 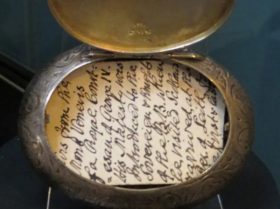 Imagine being underwater and seeing this monstrosity coming towards you. Frankly, we’d prefer a shark. It’s from the Raahe museum in Finland. 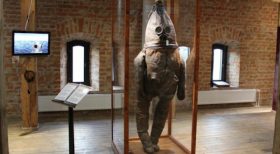 The Library Company received this mummy’s hand in 1767 as a gift from the famed American painter, Benjamin West. What a gift. Super thoughtful. 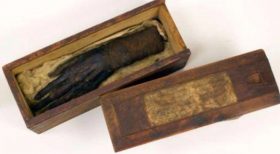 This will shake you. Picture: Philadelphia’s Library Company.

Victorian hair art was a way to memorialise a person. This is made using a baby’s real hair. Making it just that little bit more creepy, it was found behind the wall in a home during a renovation. You can view this beauty in person at the Lombard Historical Society, Chicago, US. 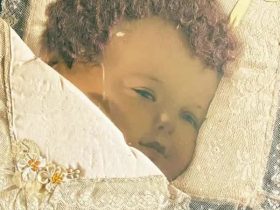 It’s a no from me. Picture: Lombard Historical Society.

Next time you are whingeing about wearing a mask to the shops in lockdown, consider what plague masks looked like around 1650-1750. This is from the Deutsches Historisches Museum in Berlin, Germany. 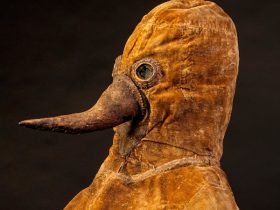 Think about this next time you complain about wearing a mask. Picture: Dutch Historical Museum.

A sheep’s heart, stuck with pins and nails and strung on a loop of cord

Cripes. That’s quite a fistful of horror right there. This was made in South Devon, circa 1911, “for breaking evil spells”. It’s from the Pitt Rivers Museum in Oxford, UK. 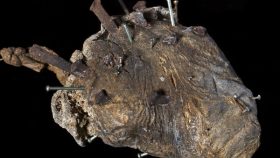 If it doesn’t stop evil curses, it will certainly stop your appetite. Picture: Pitt Rivers Museum.

According to the curator at the Clarke Charms Collection in Scarborough, North Yorkshire, UK, this bone was carried around by a gambler as a good-luck charm. To each their own. 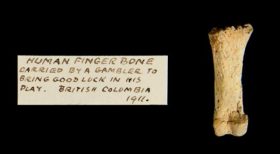 The finger bone is just one of the many gruesome items in the Clarke Charms Collection, which includes witch bottles and a seagull’s heart stuck with pins. Picture: Scarborough Museums Trust.