May 13th, 2022 | Browse other: News. | Tagged with: Are museum deaccession sales unconscionable?, Toledo Museum of Art has put upward of $48 million worth of art to auction | 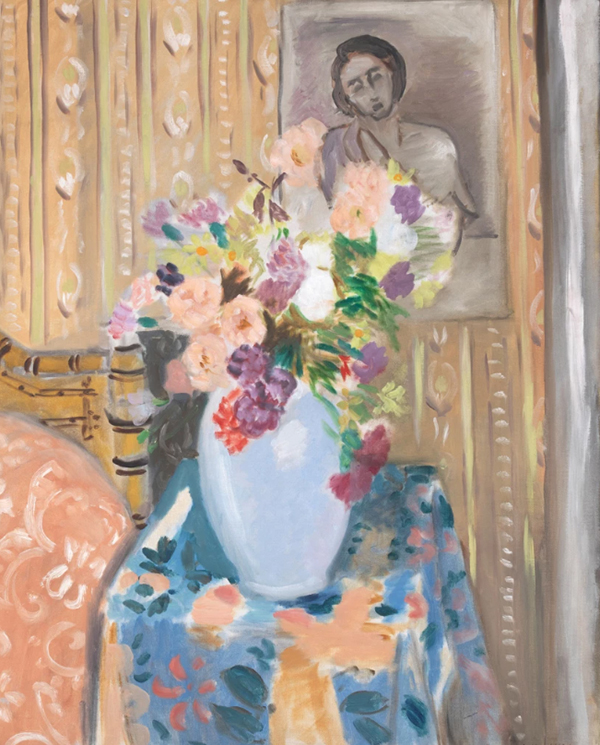 The bombshell recent news that conservatives on the United States Supreme Court are poised to erase abortion rights is one obvious sign that the Reagan Revolution of the 1980s continues to exert a profound impact on American life. To remake the court in the conservative religious image of Antonin Scalia, a Reagan appointee, took some time; but, now that it’s done, unspeakable damage is being inflicted on the nation.

Less obvious is the degree to which the right-wing shift continues to mar the country’s cultural life.

Reagan’s embrace of the religious right was designed to stop and, if possible, reverse hard-won civil rights gains of preceding decades. His anti-government philosophy also advocated privatizing public assets to address pressing social issues. That destructive idea has been championed by some art museum leaders.

Top of the list: Selling important art from museum collections is foolishly pursued as a good way to raise money to support diversity initiatives. To fund the hard work of community-oriented institutional change, a counterproductive raid on the collection is defended.

In Baltimore, San Francisco, Newark, N.J., Brooklyn, Syracuse, N.Y., and elsewhere, major art by major artists has been pushed out the local museum door in recent years, with tens of millions of dollars welcomed in. The latest example is in northwest Ohio, where the venerable Toledo Museum of Art has put upward of $48 million worth of art — and perhaps as much as $62 million, if the estimates are right — to be monetized on the auction block at Sotheby’s in New York on May 17.

This is the biggest deaccession sale yet.

One 1923 painting, “Fleurs (Flowers)” by Henri Matisse, has been in the museum’s collection for 87 years. Paul Cézanne’s nearly abstract landscape from about 1895, “Clairière (The Glade),” entered the collection during World War II. Pierre-Auguste Renoir’s 1912 “Nu s’essuyant (Nude Drying Herself)” arrived in 1955. 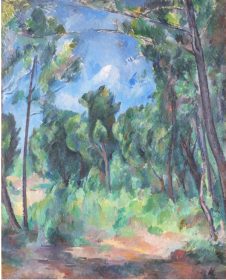 Paul Cézanne, “Clairière (The Glade),” circa 1895, oil on canvas
(Toledo Museum of Art/Sotheby’s).

I know those paintings. As a graduate student in the mid-1970s, I was a fellow at the TMA. Back then, it never occurred to me that the word “permanent” in the museum’s stellar permanent collection apparently meant 67 years, max.

But that was before Reagan and the trickle-down vogue for privatizing.

The TMA’s current director, Adam Levine, wasn’t born yet when the former California governor moved into the White House. He’s grown up in an era of privatization. It’s a norm. Many of the museum directors lately engaged in selling off collection art to fund their projects are of a similar generation. Rather than holding firm, they go with the market.

Still life, landscape, figure — at the auction, a range of subject matter in the influential formation of Modern French painting will surely move from public to private ownership. Almost no museum could afford to buy a $40-million Cézanne or $18-million Matisse. Call it forced retirement. All three pictures come with guarantees, which means if no bidder is successful the auction house buys the painting for a previously agreed upon minimum.

The marvellous Cézanne, a nearly abstract spatial structure built from flat, planar brushstrokes of green, blue and ochre, even has an irrevocable bid. An unidentified buyer has a murky financial interest in the sale and, if outbid, gets compensation from the auction house for putting up the irrevocable bid in the first place.

Casino gambling, sort of, with a major Toledo painting as the blue chip.

The shame of the sale does not come from any question of the three paintings’ relative quality. The Cézanne and Matisse are terrific, the Renoir not so much (although it is solidly representative of his late work). In a Zoom interview, Levine readily acknowledged as much. “There’s no question those are strong pictures,” he said. 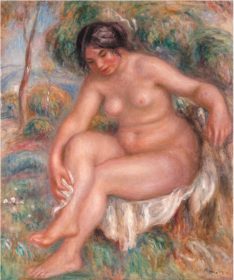 Without a staff curatorial specialist in the field, outside opinions were solicited. Levine said the anonymous experts largely agreed on evaluations of quality, while differences of opinion were registered on the wisdom of removing the art from the collection and sending it to market. The Toledo Blade, the local newspaper, editorialized against the sale.

I’m on the side of those who said no. More than 10% of the painters in the TMA collection are represented by multiple examples, but apparently two Cézannes are one Cézanne too many. This is odd for a guy colloquially known as the father of Modern art — although perhaps not for a painting expected to haul in $40 million by itself.

The shame is that the museum feels no obligation to keep these works in the public realm, where they’ve resided for generations. The artists are inarguably major figures in Modern art’s history, and these paintings illuminate important aspects of their work; holding them is a prime reason an art museum exists.

The Toledo sale comes in the aftermath of a serious blunder made by Levine a little more than a month after he stepped into the director role two years ago. When a Minneapolis policeman murdered George Floyd — a ghastly crime captured on a cell phone video that went viral — cultural institutions across the country were being pressed on their histories of racial, gender and other exclusions. Nine days later, as righteous protests were exploding around the country, Levine released an ill-considered statement condemning looting and asserting that the museum would remain “nonpartisan and disinterested” on the issue because the museum “does not have a political stance.”

A lack of awareness of systemic white supremacy certainly is not in the same universe as wanting to shoot a few protesters marching against it, as we recently learned former President Trump hoped to do. But reaction to Levine’s foolish statement was swift and fierce, with justly angry activists soon arriving on the TMA’s front steps.

With good reason, our big, conservative museums have little to no political credibility. Levine apologized, reconsidered and issued a formal diversity, equity, accessibility and inclusion plan. A collections audit was ordered, and — no surprise — indicated the greatest imbalances exist across nationality, gender, sexual orientation, race and ethnicity. 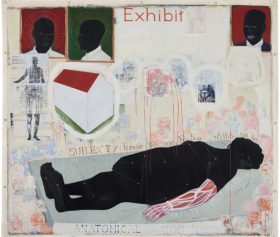 Coincidentally, a pivotal 1993 Kerry James Marshall painting, “Beauty Examined,” hits the auction block two days after Toledo’s pictures, consigned to Sotheby’s by Loma Linda University, just outside San Bernardino, to raise funds for research at the school’s Center for Genomics. (The estimate is $8 million to $12 million.) Marshall, as a Black American, insists that the legacy of white European painting is as much his as anyone’s. “Beauty Examined” seamlessly — and analytically — melds elements drawn from sources as diverse as Rembrandt, Charles White, Paul Gauguin and Yoruba court art.

The Toledo Museum has built its extraordinary collection since 1901 thanks to the largesse of founders Edward Drummond Libbey and Florence Scott Libbey. Stupendously rich from manufacturing glass, they left endowments of roughly $40 million. About half the investment income, this year expected to amount to $1.6 million, is required to be used to buy art.

That buying power has dwindled as the art market has skyrocketed. (Levine asserted that a Cézanne sale had been discussed internally for years, and market realities made the difference in pulling the trigger now.) Revenue from the Sotheby’s sale is expected to at least double the museum’s assured annual outlay.

For the foreseeable future it will be directed toward redress of those collection imbalances, although Levine did not identify any specific collecting targets. The general aim is “to diversify our collection, seeking beauty without bias,” as the director put it in a letter to museum membership announcing the sale.

That’s good — even in spite of the buzzy, brand-management glossiness of “beauty bias” sloganeering.

Not so good: The museum is turning its celebrated art collection into a market-timed piggybank to pay for essential structural change.

Call it the path of least resistance. I’ve said it before and I’ll say it again: Asserting that “when the going gets tough, the tough go shopping” is a ridiculous way to run an art museum.

The for-profit market today leads much of the nonprofit museum world around by the nose. But the core museum mission is collecting, researching and preserving great art, and a conservative strategy of privatizing irreplaceable public assets in the name of liberal progress is backward. The Toledo sale is unconscionable.