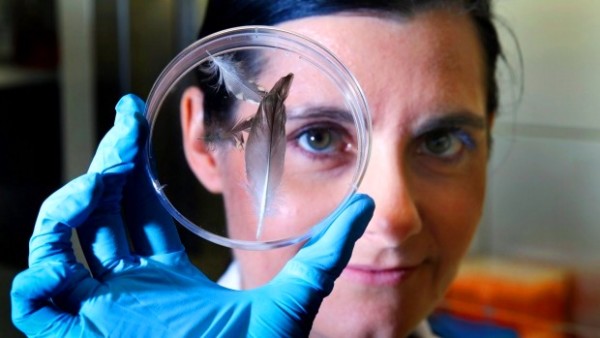 Molecular geneticist Rebecca Johnson’s first job at the Australian Museum was to solve a crime.

The NSW police wanted the then laboratory manager’s help testing a blood sample they’d taken from a car whose owner they suspected had run over a sulphur crested cockatoo.

Using the museum’s only DNA sequencing machine Dr Johnson identified the blood was indeed from the bird.

“The blood linked the car to the cruelty,” she said. Case solved.

In part, Dr Johnson’s determination to succeed in her first job at the museum paved the pathway to her newest job – leading the Australian Museum Research Institute.

Her mission – backed by the museums’ director and CEO Kim McKay – is to reinvigorate science at the country’s oldest natural history museum.

“We wanted someone who had the future of science in mind; and who could communicate science effectively as well,” said Ms McKay, who announced Dr Johnson’s appointment, following a worldwide search, to staff on Tuesday.

One of Dr Johnson’s key achievements during her 11 years at the country’s oldest natural history museum was establishing its expertise in genomes and setting up its wildlife forensics research team, now one of the best in the country.

“Gone are the days where you think of a DNA lab over in the corner, it’s actually central to a lot of the scientific work that takes place here,” said Ms McKay.

The museum’s Centre for Wildlife Genomics now identifies smuggled wildlife for state and federal government agencies such as customs and quarantine; and identifies bird species that fly into planes for the aviation industry.

They’re also working on a rapid test to identify if a product contains rhino horn, an ingredient illegally added to some traditional Chinese medicines.