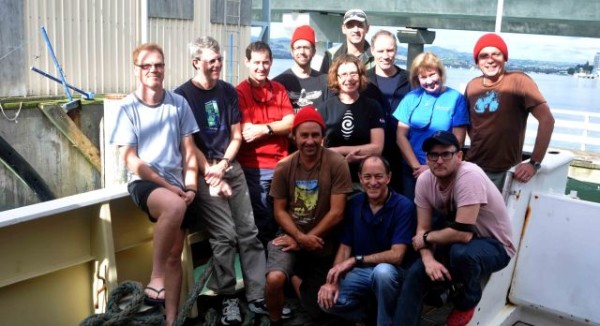 Dr Tom Trnski, Head of Natural Sciences at Auckland Museum, will lead the group from Massey University and the University of Waikato on a three week expedition to explore the marine life and document any new developments and discoveries.

“Research at the remote and relatively undisturbed Kermadec Islands is a unique opportunity to track and follow the impact of climate change on the world’s marine ecosystems,” says Tom Trnski.

“The goal of this research will be to establish a baseline of information against which to monitor the impact of increasing ocean temperatures as predicted by climate change models,” says Tom Trnski.

“The team will be using corals and sponges to track this change. They will also be using novel genetic and chemical techniques to understand the population linkages between the Kermadec Islands and other islands in the region, the nearest ones being 600 km away,” he said.

Roy Clare Museum Director says “The Museum is proud to continue a long tradition of marine exploration and research in the Kermadec Marine Reserve, initiated by our curator Thomas Cheeseman in 1887. The latest expedition to this ecologically sensitive location will further contribute to research about rare marine species and support global understanding of climate change.”

The research team will be joining Natural History New Zealand on the expedition, as they film an episode for the second TVNZ series of ‘Our Big Blue Backyard.’

In 2011, Tom Trnski led the largest ever marine biodiversity survey of the islands. The results of this survey have been published today in the Bulletin of the Auckland Museum. It includes new species discoveries, records many species at the islands and in New Zealand waters for the first time, and aggregates historical knowledge of the biodiversity of the islands. The 24 full-text papers in this 526 page volume are available online.

You can follow the team throughout their time in the Kermadec Islands Marine Reserve through their daily blog.