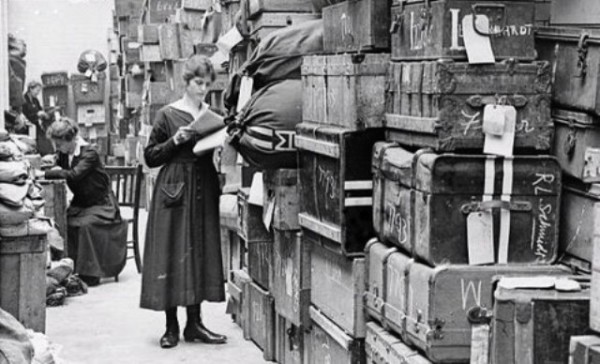 London – Ten of this city’s leading museums are diving into one another’s collections for an Instagram swap this week.

Using the hashtag #museuminstaswap, each participating institution will share photos of its partner museum throughout the week, highlighting works that resonate with their own collections.

After initial posts on Monday, the museums kicked things off in earnest on Tuesday morning. Some of the early posts came from the Science Museum and the Design Museum, which have been paired together …

The other museum pairs are the Victoria and Albert Museum and the Natural History Museum; the British Museum and the Imperial War Museums; the Wellcome Collection and the London Transport Museum; the Horniman Museum and Gardens and the Royal Museums Greenwich.

In another post, an archival photo from the Imperial War Museums showed that the British Museum was used as part of the Prisoners of War Information Bureau during World War I:

“In the photo archives at @imperialwarmuseums we discovered that the British Museum was used as part of the ‘Prisoners of War Information Bureau’ during the First World War. The bureau, based at 49 Wellington Street in London, compiled a register of all foreign enemies, combatant and civilian, who were interned in any part of the British Empire during the war.

The property of these prisoners of war was stored at the British Museum, where they were catalogued and, in the event of the POW’s death, returned to their friends and relatives. This photo shows the (mainly female) staff undertaking this colossal task in one of the Museum’s store rooms. It is such a moving, untold story, that shows both the human cost of the conflict and the administrative machinery of the war effort. Discover more connections between London’s museums using #MuseumInstaSwap this week. © IWM (Q 27710)”