You are here: Home » Articles filed under: 'News' » Article: 'Museum of Australian Democracy at Eureka'

Museum of Australian Democracy at Eureka

October 12th, 2017 | Browse other: News. | Tagged with: Museum of Australian Democracy at Eureka, overhaul proposed for MADE | 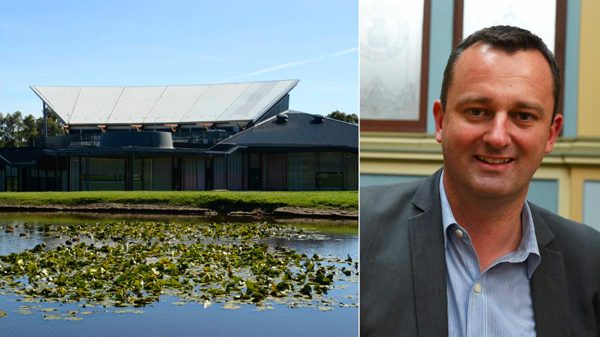 A feasibility study to decide the fate of the Museum of Australian Democracy at Eureka has investigated a series of sweeping changes for the site.

Ballarat City councillors were presented with up to 16 options to overhaul the museum at a briefing on Wednesday night.

These ranged from leaving the museum as it is, to re-branding the site to better represent the story of the Eureka Stockade.

The museum was previously called the Eureka Centre, prior to an $11.1 million state and federal government makeover before 2013.

It then re-opened as the Museum of Australian Democracy at Eureka, with an interactive exhibit designed to attract more patrons.

Council provided the museum $1 million in funding in its 2017-18 budget, during which time the feasibility study was to be presented.

MADE board member and councillor, Daniel Moloney, said the museum had to find a way to get more people through its doors.

“At the moment those options are being costed up, because at the moment we don’t understand what the cost implications are,” he said.

“They range from business as usual, through to close it down, and everything in between.

“Everyone is consistently of the view we definitely need to get more people through the door.”

About 60,000 people visit the museum annually.

A new chief executive has also been appointed, with Rebecca MacFarling taking over from Sarah Masters on Monday last week.

Ms MacFarling said she thought any change would mostly likely focus on the museum’s marketing and branding.

“Either extreme is probably not going to happen, but various options in the middle will most likely be picked up,” she said

Ms MacFarling also said focusing on Eureka did not mean leaving out the wider conversation on Australian democracy.

“It is mostly a change in marketing focus, and how we appeal to both the community and tourists.”

Currently it features the Eureka Flag on loan from the Art Gallery of Ballarat.

A stronger tie with the gallery was one of the possible future options to be considered for the museum’s future.

Cr Moloney said there was the opportunity to explore whether other historical works could be incorporated into the museum.

“Heading into Eureka Day, we are keen to do a lot more work emphasising the significance of Eureka to that site,” he said.

“If you tested the concept of MADE with a lot of locals they wouldn’t know what you are talking about.

“Like every tourist attraction you should be revisiting it every year at least.”

A museum press release on Monday last week said leading the strategy to refocus and revitalise the site would be one of her first tasks.

“This strategy will enhance MADE’s focus on the Eureka story, the Eureka flag and the significance of the Eureka site,” the release said.