You are here: Home » Articles filed under: 'News' » Article: 'Museum of Chinese in Australia'

Museum of Chinese in Australia

July 2nd, 2020 | Browse other: News. | Tagged with: contribution made by Chinese community in Australia, Museum of Chinese in Australia | 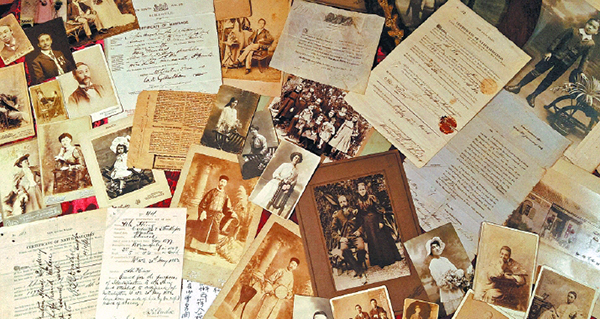 Old letters and photos of Chinese people in Sydney to be displayed at the Museum of Chinese in Australia. [Photo provided to China Daily].

The Chinese community in Australia has made invaluable contributions in shaping the multicultural country it is today. But the journey, which has taken slightly more than 200 years, has not been an easy one.

True, there have been periods of hardship and racism during that period, but Chinese communities around the country stood their ground, rose above the noise of the misguided and became an indelible part of the fabric that is now Australia.

It is their stories that will form the basis of the Museum of Chinese in Australia, located in the old Haymarket library in the heart of Sydney’s Chinatown.

The chairman of the museum, the Australian pediatrician John Yu, said the story of Australia’s Chinese is a “remarkable one that needs to be told”.

The opening date has yet to be decided because of the COVID-19 pandemic.

“It needs to be told so young Chinese Australians, and Australians in general, can see and understand the contribution Chinese (people) have made in building this wonderful country,” he told China Daily.

Today, some 1.2 million people, either born in China or of Chinese descent, now call Australia home out of a total population of around 25 million.

The history of Chinese settlement in Australia can be traced back to 1818 when Mak Sai Ying (also known as John Shying) settled in Sydney.

Some historians argue Australia’s aborigines, probably encountered Chinese merchants in the north of the country well before the English planted their flag on the shores of Sydney Cove on Jan 26, 1788, and the colony of New South Wales came into being.

Chinese people are now considered the oldest continuous immigrants to Australia, outside those from Britain.

In the early years of colonization, the number of Chinese settlers was small. But all that changed with the discovery of gold in the eastern colonies, when thousands of Chinese, along with other nationalities, flooded into the goldfields to make their fortunes.

For the Chinese, however, the gold rush brought hardship to many who experienced racist abuse and physical attacks. Still, many stayed on and moved to small towns and the cities of Melbourne and Sydney, and opened stores and laundries.

When Britain stopped transporting its convicts to the colonies in the 1840s, many people from Fujian province in eastern China began the long journey to Australia to be employed as laborers.

Between 1848 and 1853 more than 3,000 Chinese workers on contracts arrived via Port Jackson, Sydney, for employment in New South Wales (then including Victoria and Queensland). Resistance to this cheap labor occurred as soon as they arrived, and, like such protests later in the century, was heavily mixed with racism.

Some stayed for the term of their contracts and then left for home, but there is evidence that others spent the rest of their lives in New South Wales, marrying and founding families that are now rediscovering their Chinese ancestry. 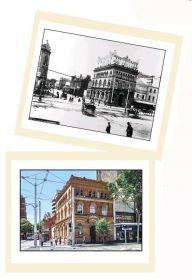 At the turn of the last century, in 1901, Australia became a nation in its own right and on Dec 23 that year, the Immigration Restriction Act (better known as the “white Australia policy”) came into law. Designed to limit non-British migration – especially Asian – to Australia, it was endorsed by successive governments, until then-prime minister Harold Holt began to dismantle it in 1966.

The policy was officially junked later by reformist prime minister Gough Whitlam, who laid the foundations for Australia’s multicultural policy that embraces all people, especially those from China and other Asian countries.

While the early days were tough for Chinese, they endured and prospered – where today Chinese Australians form an integral part of multicultural Australia.

“This is the story the MOCA wants to illustrate,” Yu said.

Now retired, Yu came to Australia when he was 3 years old with his parents who fled Nanking (now Nanjing) before the Japanese invasion and massacre in 1937.

Chinese settlers in Australia faced some “difficult periods” but, on the whole, “life here has been good,” he said.

“For a long time now, a small group of people have been looking at ways (in which) we could record the history of Chinese settlement, not only in Sydney, but in the (entire) state and Australia.”

Sydney’s Chinatown had not always been in Haymarket but was first established in The Rocks (near Sydney’s Circular Quay) and later moved to Belmore Park near Central Railway Station before settling in Haymarket, Yu said.

“Many of us felt this long history of Chinese settlement and involvement in the growth of Sydney into a major metropolitan world capital needed to be recorded.

“The Chinese have contributed an enormous amount, not only in commerce but in many, many other ways. They are hardworking and tend to blend into the local community. Initially, many settled in Chinatown but over the decades they moved out into the suburbs, regional NSW (New South Wales) and the rest of the country,” he said. 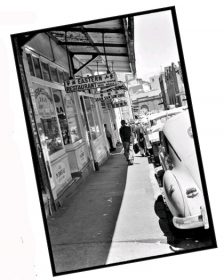 Colin Mackerras, a distinguished Australian sinologist, said the contribution of Chinese to multicultural Australia has been “enormous”.

“Chinese have been coming to Australia for centuries, and in the early days their contribution in the northern part of Australia was more than in the more populous south,” he told China Daily.

“They endured very great discrimination, and mostly belonged to the downtrodden classes, yet showed the Chinese spirit of persistence.

“In more recent times, the number of prominent Chinese Australians has grown greatly, and there are now many doctors, lawyers, business people, academics and teachers who are Chinese.

“The academics I know range over various fields – science, humanities, medicine, economics and business. At least two universities I know of have Chinese deputy vice-chancellors.

“Earlier this year I was invited to a big dinner designed and planned by prominent local Chinese people with the aim of raising money for bushfire relief. That seems to me a major contribution to multiculturalism. It shows a wonderful multicultural spirit, and I think it is typical.”

There are museums dedicated to Chinese history in Melbourne and Ballarat, Victoria, and other places where Chinese people have settled, but not in Sydney.

The later part of the last century saw an influx of Chinese moving to Australia. It coincided with Australia’s push to portray itself to the world as a multicultural society.

“A lot of people who were involved back then, including me, are getting old and many of us felt the need to record our stories, thoughts and feelings,” Yu said, “Otherwise, it would be lost for future generations.”

“I remember when I was a boy, I went to Fort Street Boy’s High School, in Petersham (inner Sydney). At that time there were just two Chinese kids. Today the school is coed and the student population is something like 50-60 percent Asian, including Chinese. That just shows how much Sydney has changed.”

Yu, like many of this generation, said there was racism in Australia.

“But personally, I didn’t experience any of it … perhaps, it was my middle-class upbringing. Yet you heard stories from time to time.

“It is sad that some young Chinese feel persecuted or discriminated against. This has been made worse recently with the COVID-19 pandemic.”

Yu said he is not unique.

“Many Chinese just get on with life and are involved in their communities … they make good citizens. And I think we need to record these not only for the young Chinese coming up but for all Australians.

“Young Chinese Australians need to feel proud of their Chinese heritage. When you feel good about yourself, it doesn’t matter what other people think or say.”

Chinese people have made a valuable contribution in shaping the modern multicultural Australia of today, he said.

“My hope is the museum will help people better understand the history of Chinese settlement. It is a partnership. I would like to think we have contributed something to the country we call home.”