You are here: Home » Articles filed under: 'News' » Article: 'Museum of the Home director laments'

Museum of the Home director laments 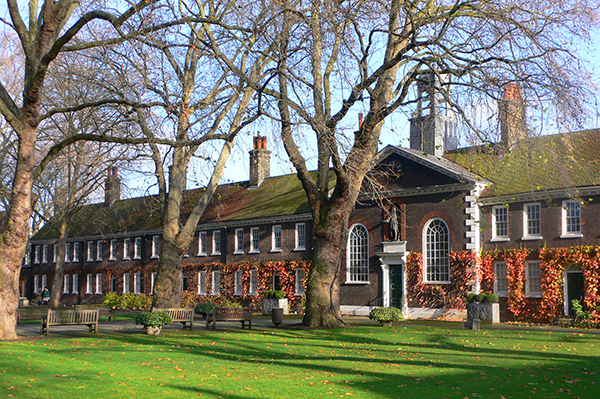 The Museum of the Home Heather Cowper – CC BY 2.0.

The director of the Museum of the Home, whose trustees controversially decided to keep a statue of slave trade beneficiary Robert Geffrye in place this summer, has lamented the political environment created amid UK government pronouncements on contested heritage.

Sonia Solicari made the comments at a Department for Digital, Culture, Media and Sport (DCMS) committee hearing on physical heritage this week, in response to a question about whether the culture secretary Oliver Dowden should change his job title to “secretary of state for culture wars”.

Referring to a letter recently sent by Dowden to cultural arm’s length bodies, Solicari said: “I think the situation has become political, and that’s the environment in which we are making these decisions”.

She continued: “So whereas I would rather the decision was being made in a purely curatorial context, in conversation with our communities and beneficiaries, I think it has been moved into another domain.”

The comments come after documents revealed that trustees at the museum overruled the executive to keep the Geffrye statue on the facade of its building. Geffyre provided funds to build the 18th-century almshouse buildings where the museum is now located, but he is not linked to the museum’s founding or its collections.

In a public consultation to inform the decision, more than two thirds of respondents wanted the museum to take down the statue, which stands above its entrance door.

Minutes from a board meeting in July, published under freedom of information laws, show that the museum’s executive proposed “that the statue is removed from its current location” as the start of a period of “significant transformation”.

But this was not supported by a majority of trustees in a formal vote. Instead, the board announced on 29 July that “the museum should reinterpret and contextualise the statue where it is”.

In August, a report by the Huffington Post indicated that the government had put pressure on the museum to keep the statue in place. According to the article, Solicari wrote in an email to DCMS on 18 June that a government intervention “might place us in an extremely compromised position if the public consultation suggests overwhelmingly that we take the statue down”.

But Dowden wrote to the museum’s chair Samir Shah on 25 June saying “removing statues, artwork and other historical objects is not the right approach” and asking the museum to contact DCMS before making any announcement on the issue. “As a government-funded organisation, I would expect you to be mindful of the above approach,” wrote Dowden.

Hackney Stand up to Racism and Fascism, a group that has organised several protests at the museum, expressed “disgust” at the reported events. The group said: “We abhor the financial blackmail that was spelt out in Dowden’s message to the museum management, as revealed by the Huffington Post.

“We reaffirm our condemnation of the museum’s directorate in riding roughshod over the wishes of Hackney’s citizens – expressed in a consultation initiated by the museum itself – that the statue must come down.”

The group’s Sasha Simic said a further protest at the museum is likely this month. He added: “It’s outrageous that having asked us what our opinion was, they backed off, and it’s outrageous that the government have been involved in this.”

A statement from DCMS said: “The government supports the Museum of the Home’s decision. While it is always legitimate to examine Britain’s history, removing statues and other historical objects is not the right approach. Instead, we should aim to use heritage to educate people about all aspects of Britain’s complex past, both good and bad.

“Publicly funded museums must not remove statues that form part of a listed building or other heritage objects in their care for political or campaigning purposes. They must be seen to be acting impartially, in line with their publicly funded status.”

The results of the online open consultation that the museum carried out to inform the board’s decision have now been released.

Seventy-one percent of respondents wanted the museum to remove the statue, compared to 29% who said it should be left in place. More than three quarters (78%) had negative feelings about the statue. 14% had neutral feelings and only 8% felt positively about it.

The top themes that emerged when people were asked how the statue made them feel about the museum were also negative.

More than two-thirds of respondents (72%) had visited the museum before, and 42% lived nearby.

Dowden’s recent letter to national museums and other arm’s length bodies said the government “does not support the removal of statues or other similar objects”. He said these organisations were expected to align with the government’s position that “we should seek to contextualise or reinterpret” difficult or contentious heritage.

In a response to the letter, the Museums Association (MA) urged the government to “respect the arm’s-length principle for museums”.

The Museum of the Home is currently closed for an £18m redevelopment and plans to reopen in early 2021. As part of this project, the museum dropped Geffrye’s name in December. DCMS contributed £1m to revamp over four years.

The Museum of the Home is in a listed building, meaning a decision to remove the statue would require approval from the local authority, and could be subject to review by the communities secretary.

A statement from the Museum of the Home said that since it announced the decision to keep and the statue in place, the response from the public and the sector “has caused the board to reflect and discuss the decision further”.

“The board and museum team are continuing to review and discuss the response with community, creative and funding partners and are exploring a number of options for the statue that are curatorially best suited to the museum and its communities.”

The chair of Historic England, Laurie Magnus, told the DCMS Committee that the best way to address contested heritage was to “recontextualise, reinterpret, but leave these statues standing where they are in a public space. Don’t take them away and put them in a museum necessarily, because people then have to go to the museum”.

He said that without this approach, “our collective past is going to be torn away, slowly, piece by piece”.