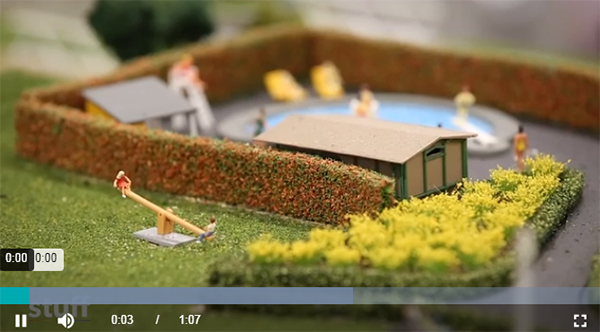 Preston’s collection, which has grown over about 40 years of collecting, is on display in his own museum: the New Zealand Museum of Toys and Collectibles in central Christchurch, which opened last year. 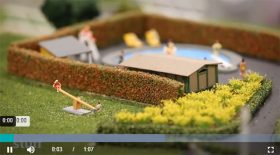 NZ Museum of Toys & Collectibles’ owner and operator Alan Preston talks to Stuff about the main attraction at his museum. Click here to view video.

He said about two-thirds of what he owned was available to view, while another third was still in storage.

“Just seeing the smiles when [people] come out and everybody wants to talk about it and what they’ve got … it’s pretty cool,” Preston said. 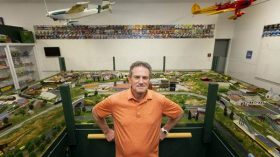 Alan Preston has been collecting toys for about 40 years.

The museum has about 15 different areas for customers to explore.

There is one part with several dioramas of various wars, while another has a mammoth model train set that took two months to assemble.

One room has an enviable amount of die-cast cars, from mint Ferraris, to Formula 1 racers.

Preston has collected a whole range of toys too, from dolls, Sesame Street, Star Wars and Disney. There was a large Lego display too. 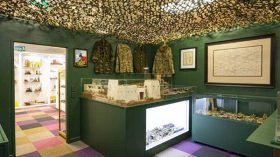 In a newly-opened room, Preston has set up several dioramas depicting various wars.

Preston said there are various reasons he set the museum up, including the love of toys, trying to get kids away from computers, getting kids to value toys, and to save old toys from disappearing.

“I just think kids now will never know … without being able to see them, they just don’t know what the toys were from the fifties, how their parents or grandparents used to play,” he said.

His own love for toys started when he was about six or seven, when he started collecting die-cast Matchbox cars.

That passion is still there today, as he said the museum room dedicated to die-cast cars was probably his favourite. 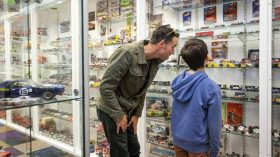 Rick Williams and his son Henry in the die-cast model room.

He is still collecting too, but said he does not have to buy as much now because of donations.

He said TradeMe and Ebay were good places to find toys, as well as second hand stores.

He tended to visit foreign second hand stores when he went on holiday. “You always find something,” he said.

On one trip to the United States, he filled six suitcases with toys.

Rick Williams was at the museum with his 9-year-old son Henry on Monday and said the visit gave him some “good nostalgia”.