You are here: Home » Articles filed under: 'News' » Article: 'Museum rivalry on display in Paris'

Museum rivalry on display in Paris 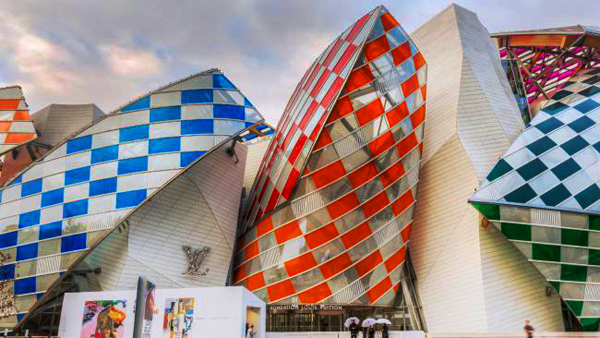 A little antagonism can go a long way, as Parisian art-lovers are discovering. Consider the cultural benefits of the bitter enmity between French luxury goods tycoons Francois Pinault and Bernard Arnault.

The multi-billionaires have long fought each other for supremacy in the worlds of designer handbags, haute-couture frocks and pricey perfumes. Now they are vying to see who can create the biggest and best museum.

The latest blow was struck on Wednesday by Pinault, the 80-year-old owner of the Gucci and Alexander McQueen brands, who unveiled a model of the €108 million ($160m) contemporary art museum he plans for Paris. Pinault, a renowned collector, says his museum, which will be housed in the former commodities exchange, will “enable Paris to reinforce its place on the international artistic scene”.

In addition — and this may be his greatest motivation — the Collection Pinault-Paris, will enable him to get one over on his rival.

Arnault, owner of LVMH, opened his own museum in the Bois de Boulogne at a cost of about €100m two years ago. The Fondation Louis Vuitton is in a stunning building designed by American architect Frank Gehry and contains works by Gilbert & George and Jean-Michel Basquiat.

Arnault is used to being top dog. His fortune is estimated at $53.6 billion, compared with $21.4bn for Pinault. Arnault assumed his museum would give him a cultural pre-eminence to go with his commercial clout but it has not worked out that way.

Didier Rykner, editor of art website La Tribune de l’Art, says: “In the Arnault-Pinault competition, the latter is undoubtedly best when it comes to heritage.” He praises Pinault for siting his museum in one of Paris’s finest but least known buildings, the Bourse de commerce. Japanese architect Tadao Ando will be in charge of transforming the 18th-century building. The works that will go in the museum, which is due to open in 2019, have yet to be unveiled but Pinault’s immense private collection includes pieces by Damien Hirst, Diana Thater and Mark Rothko.

Pinault says that with Francois-Henri, his son, who is married to actress Salma Hayek, and Francois Jr, his grandson, he will fund the museum to the tune of €10m a year for the next 50 years. What is more, he says he will do it without demanding the tax breaks Arnault received for his museum. “I didn’t want people to say the state had financed my artistic whims whilst others die of hunger,” he says.