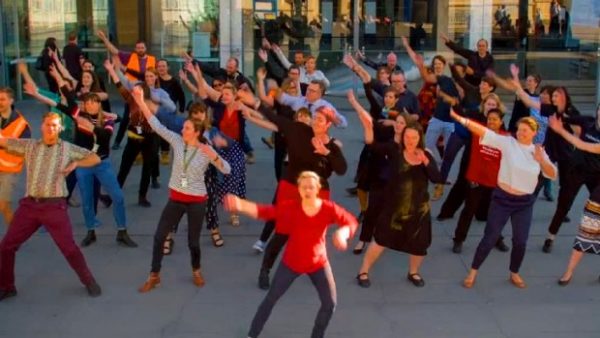 If you made a Venn diagram of museum staffers on the one hand and dance enthusiasts on the other, the overlap would have to be fairly minimal – but for those within that tiny intersection, this is a huge week.

On Thursday, after a gruelling international online competition which saw 35 entries whittled down to two finalists, Museum Victoria in Australia and Virginia’s Chrysler Museum of Art will compete for a coveted title: the third annual Museum Dance-Off world championship.

The rules are simple: any organisation in the Glam (Gallery, Library, Archive, Museum) family can submit a video dance, set to music; entries should be between two and five minutes; and anyone involved in the institution – staff, volunteers, interns or visitors – can take part.

Museum Victoria’s submission has made it to the grand final “Thunderdome” round on Thursday, and the staff are abuzz.

“It’s a very important achievement,” deadpans Helen Privett, the museum’s conservation manager-cum-dance captain. “We’re all excited about it, to be truthfully honest. Everyone I’ve spoken to has mentioned it.”