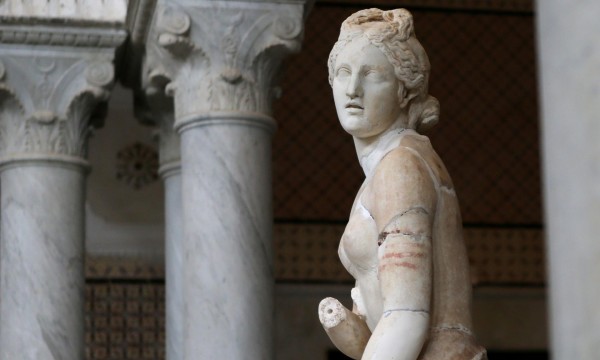 CAMD Chair, Dr Patrick Greene, has recorded his dismay and horror at the attack which took place today at the Bardo National Museum in Tunis.  He has sent a message of support and solidarity to the museum on behalf of his colleagues at Museum Victoria, and also on behalf of the Council of Australasian Museum Directors.

Foreign tourists are among those killed.

Gunmen in military clothing have killed visitors to the National Bardo Museum in Tunis and held others hostage after attacking the nearby Parliament building, according to local news sources. At least seven foreign tourists were killed in the attack and Italian, British, French and Spanish nationals are among the hostages, reports the BBC. The Italian foreign ministry has confirmed that two Italians were among those injured. A spokesman from the Tunisian interior ministry said that the attack involved two or more “terrorists armed with Kalashnikovs”. Local police have reportedly killed two of the gunmen and all hostages have been freed.

The Bardo, Tunisia’s main museum, which is housed in a 19th-century Beylic palace, is known for its impressive collection of Roman mosaics. It is less than 500ft from the Parliament building. Lawmakers were reportedly discussing anti-terrorism legislation prior to the attack. The country has experienced a rise in the number violent extremist organisations following the Arab Spring.