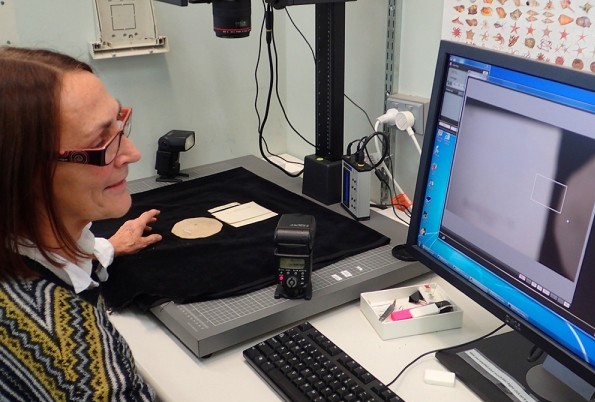 SA Museum Volunteers & DigiVol: speeding up the digitisation process The Atlas of Living Australia Blog, May 2015

Earlier this month (11-17 May 2015) marked National Volunteer Week, a week dedicated to celebrating and thanking the 6 million Australian volunteers who spend their time enriching and improving Australia.

Australia’s biodiversity knowledge and conservation is strongly supported and powered by volunteers, with plenty of people choosing to spend their time in the great outdoors; improving, protecting, and promoting our unique ecosystems. Biodiversity volunteers aren’t just out in the bush though. Many help behind-the-scenes in our museums, galleries, herbariums, and collections. People from all walks of life are getting involved in the enormous effort to digitise the vast collections of records and specimens held by such institutions.

Worldwide, an estimated five million invertebrate species are yet to be described, according to the Numbers of Living Species in Australia and the World.  Invertebrates – animals without a backbone or vertebral column – are the most abundant group of animals on earth and yet they are the least documented. In Australia alone there are around 98,000 described species and an estimated 222,000 that are still unknown to science.

The South Australian Museum holds around two million specimens in its terrestrial invertebrate collection and around 1.75 million marine invertebrates. The Museum has begun a digitisation program to help address this backlog, and they’re doing this vital work using the Atlas of Living Australia and Australian Museum developed DigiVol portal.

To learn more about the efforts of the SA Museum volunteers and the importance of their work, click here.

While National Volunteer Week concludes for another year, the volunteering efforts to transform biological expedition diaries and specimen tags never ends. If you’re interested in getting involved, please visit our DigiVol volunteer page and best of all you don’t even need to leave the house to join in the fun of transcription!