You are here: Home » Articles filed under: 'News' » Article: 'Museums adapt to technology' 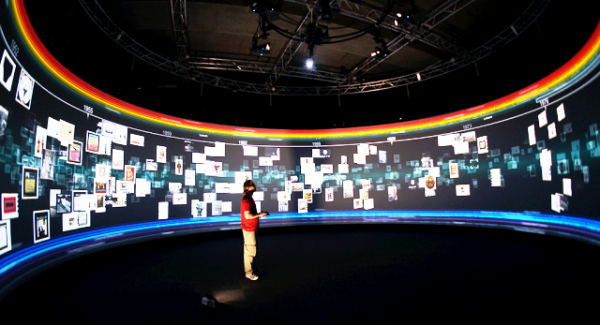 Jessica Gelt and Debbie Cuthbertson, ‘How museums are adapting to technology and ‘selfie culture’, The Sydney Morning Herald, 29 October 2015

Enabled by tiny Bluetooth beacons positioned strategically around its galleries and grounds, the museum of the future sends a push notification to your phone urging a visit to the nearby Jackson Pollock exhibit it thinks you’ll like, based on the Willem de Kooning and Lee Krasner art you browsed in the online collection. The museum of the future functions as seamlessly as an Apple store, makes recommendations like Amazon, speaks in hashtags, loves Tumblr and is ready for its selfie.

The museum of the future hasn’t quite arrived, but institutions are quietly updating and innovating this kind of technology to engage with their audiences.

However, as Newton’s third law states: For every action, there is an equal and opposite reaction. So, for every app-loving, gadget-embracing museum curator or visitor there is a solitude-craving, analog enthusiast who feels that pixelated screens and interactive devices interfere with the very soul of the museum-going experience. Their goal is to stand quietly in front of art and ponder its significance and place in history – without technological intrusion.

Regardless of the tension between the two philosophies, everyone agrees: Museums are changing, perhaps at the fastest clip since the introduction of rudimentary audio guides in the 1950s. The institutions are updating themselves in hopes of staying relevant in a world where video killed the radio star – and where Snapchat killed the Facebook meme.

“Museums are not easy institutions. They have a reputation for being very closed, very formal, with too many rules,” says Susana Smith Bautista, director of public engagement at the University of Southern California’s Pacific Asia Museum and author of Museums in the Digital Age: Changing Meanings of Place, Community, and Culture. “Technology is a bit more accessible and familiar. It’s a fun way to get to your end goal, which is to help people appreciate and learn about the work.”

David Walsh threw out the rule book when he opened Hobart’s Museum of Old and New Art (MONA) in 2011, doing away with labels on artworks and instead guiding visitors around the gallery using its O app.

Visitors are handed an iPod and can navigate the space with the help of a GPS guide and references under titles such as “Art Wank” and “Gonzo”. They can also “like” an artwork (or “hate” it) using the app, providing immediate feedback to the museum, which gets a weekly tally of the top votes in each category (useful data when curating future shows). O has since evolved, and in the current show featuring French artist featuring Matthew Briand, is used to provide a story or narrative to the exhibition rather than a traditional guide.

The Australian Centre for the Moving Image (ACMI) in Melbourne is heartily embracing technology under new director Katrina Sedgwick. One of her first decisions since moving into the role was to hire Seb Chan, who led the digital transformation of Cooper Hewitt, the Smithsonian Design Museum in New York. Chan worked with GE and Google to create a “pen” rather than a more conventional app. The device enables visitors to collect objects from galleries and create their own designs on interactive tables. His brief for ACMI is to marry the digital with their on-site experiences at the venue, clearly a major priority for Sedgwick.

Museums Victoria engages its audience with technology including apps and visitor guides, and also uses technology in its back-of-house functions, such as managing its collection (by laser scanning fossils, for example). It recently upgraded its planetarium to provide a full digital experience and create shows which it tours around the world. Its IMAX cinema has also recently been upgraded to a full Laser projection suite, the first in Australia. Melbourne Museum also created an app, made by the same team that created the O for MONA, for its current Love and Sorrow exhibition.