You are here: Home » Articles filed under: 'News' » Article: 'Museums and illicit trafficking in cultural objects' 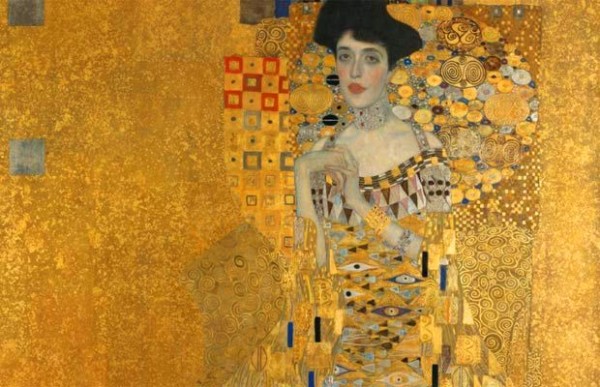 Detail from “Portrait of Adele Bloch-Bauer” by Gustav Klimt. The  painting was the subject of a successful claim for restitution to the rightful owner in 2006. Source: Neue Galerie, New York.

Museums began their lives as the public face of the private fetish. The Vatican, the British Museum and the Louvre all bear witness to this simple fact. Their opening to the public allowed for the exposure of ‘booty’ and also of a mindset that the remnants of other civilisations — especially classical ones — would provide a gloss to one’s own.

Today, the means by which the contents of museums were acquired is being exposed to considerable scrutiny. In America, the Metropolitan Museum, the Frick and the Isabella Stewart Gardiner Museum, to name a few, were established in the engine room of American industrial growth, rapacious speculation and exploitation. Federal income tax in 1894 was 2% and the so-called robber barons (which Theodore Roosevelt was the first to tackle) were able to circumvent even this.

Much of Britain’s wealth, which expressed itself on the walls of country houses and splendid townhouses before finding its way to her national museums was harvested from the slave trade, the cotton mills in Birmingham, the sugar plantations in the West Indies and coal seams at a convenient distance from the gravel drive.

Everywhere chickens are coming home to roost. The most publicised example is the Elgin Marbles — soon to be renamed the Parthenon Marbles, which the Greek government is determined to repatriate to Greece. Portions of its frieze, its metopes and its pediment sculptures were removed from the Acropolis in Athens by Lord Elgin between 1801 and 1805, because he believed them to be at risk from Turkish forces. Today the soon-to-retire director Neil McGregor puts an eloquent case for keeping the marbles in the British Museum (Beware of Greeks bearing lawyers, The Australian, December 2, 2014) but matters have been inflamed by the museum’s loan of one of the marbles, the headless figure of the river god Ilissos to the Hermitage Museum in St Petersberg. None have been lent since they were acquired in 1816.

Curiously no-one seems to be making a fuss about ancient Babylon’s Ishtar Gate which has been a star in the firmament of Berlin’s Pergamon Museum since the early 20th century. Surely a case of letting sleeping lions lie.

Australian Museums too have been tarnished by a spate of ill-advised purchases from a shadowy New York based antiquities dealer. Subhash Kapoor has been on trial in India and is pursued in America for the theft of antiquities from Indian temples. Antiquities worth more than $100 million dollars have been confiscated from his premises.

Positions Vacant » View All
» Team Leader, First Peoples Art & Culture – TMAG
» Booking Services & Rostering Officer – SLM
Latest News » View All
QMN announces World Science Festival dates for Brisbane & Queensland
2023 Festival dates announced, Queensland Museum Network, December 2022 Presented by Queensland Museum Network, World Science Festival Brisbane and World Science […] Read more.
AWM Council elects Kim Beazley AC as new Chair
bringing 'impeccable record of public service' Read more.
Dion Pieta director appt to grow Te Ao Māori
perspectives & business at Univ of Auckland Read more.
Apollo awards 2022 shortlists announced
- awards ceremony in London 6-December Read more.
Egyptian archaeologists discover new Queen
tomb of a previously unknown queen Read more.
Top +
Council of Australasian Museum Directors c/o Mr Brian Oldman, South Australian Museum PO Box 234 Adelaide, South Australia 5001 Australia, © CAMD 2022
Copyright: All information and resources provided on this website remain the copyright of the Council of Australasian Museum Directors. Permission is granted for viewing and downloading for personal and not for profit purposes. Those wishing to reproduce any materials for commercial, educational or other uses are requested to contact us.
Disclaimer: The content of this website is provided for information purposes only and is not intended as a substitute for professional advice. No claim is made as to the accuracy or authenticity of the content of the website. The Council of Australasian Museum Directors does not accept any liability to any person for the information or advice (or the use of such information or advice) which is provided on this website. The information on our website is provided on the basis that all persons accessing the site undertake responsibility for assessing the relevance and accuracy of its content. No responsibility is taken for any information or services which may appear on any linked web sites. Hostgator.
.