You are here: Home » Articles filed under: 'News' » Article: 'Museums and looted art' 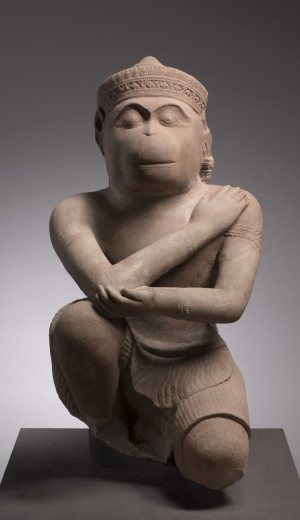 Every month produces new cases of the “repatriation” of antiquities from American museums to their countries of origin.

In late May, Italian authorities displayed 25 looted artefacts retrieved from the United States. They included some objects smuggled by the infamous dealer Giacomo Medici, convicted in 2004 for selling thousands of stolen pieces of Greco-Roman art from Italy and the Mediterranean. A few weeks earlier, the Cleveland Museum of Art returned a 10th-century statue of the Hindu god Hanuman to Cambodia. The idol had been hacked from the Prasat Chen temple in Siem Reap in the 1960s before journeying via a litany of dealers into the holds of the Cleveland Museum of Art in 1982.

In April, homeland security agents relieved the Honolulu Museum of Art of seven ancient Indian artefacts believed to have been acquired through Subhash Kapoor, a New York-based art dealer.

Kapoor, who currently languishes in police custody in India, presided over a vast criminal operation whose full scope authorities are still trying to understand. An ongoing investigation dubbed Operation Hidden Idol spans four continents in trying to untangle Kapoor’s network. For decades, he funnelled stolen antiquities from India and south-east Asia to private collectors and major museums in the west to the tune of over $100m (and perhaps even more than that).

Operation Hidden Idol has piled further pressure on American museums to ensure that their collections are not home to illegally acquired artefacts. In the last 10 years, public collections including the Getty Museum in Los Angeles and the Met have given up hundreds of tarnished objects. In acquiring these illicit antiquities, museums failed to do due diligence in determining the authenticity and provenance of objects. They have since lost millions of dollars.