You are here: Home » Articles filed under: 'News' » Article: 'Museums and migration' 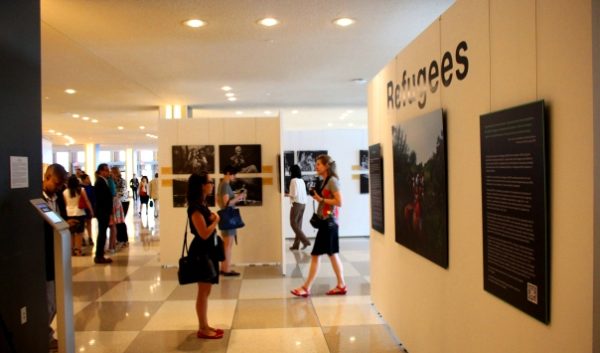 Museums and Migration, Center for the Future of Museums, 16 August 2016

Mass migration, driven by conflict, oppression, political upheaval, climate change and economic distress, has been described as “the defining issue of this century.” As such, it is one of many critical issues that museums can address in our collective duty to create a better, just and more equitable world. In searching for stories related to this driver of change, I came across Museums and Migration, a website started earlier this year by Anna Chiara Cimoli and Maria Vlachou that documents experiences, ideas and practices regarding migration and the refugee crisis. Anna is an art historian and museum mediator based in Milan, and Maria is a cultural management and communications consultant as well as founding member and executive director of the association Acesso Cultura. (You can read more about them here.) For today’s post, they graciously agreed to answer some questions about the site, and about the work museums are doing to support migrants and their communities.

Maria and Anna, what prompted you to start the “Museums and Migration” site? Do current events in the world make this particularly important now?

We met on the social media through professional networks and we realized that we shared the same concerns and the same convictions regarding the role of museums in building a better society: more human, more just, more inclusive and less ignorant. We decided to create a platform that could be useful for the whole sector, bringing together current museum thinking and practice regarding migration and the ‘refugee crisis’. A platform that would give visibility to projects which may be an inspiration for others.

Migration is not a new issue, although many museums never touched on it: either because they didn’t think they had anything to do with it; or because it is a sensitive issue; or because of the assumption that museums are neutral. The issue became more pressing, though, with the refugee crisis, especially in today’s European context. The questioning of the role of the EU and European values, the financial crisis, unemployment, make people lose their capacity to recognize the humanity of others, especially if Muslims. This is where museums may come in.