You are here: Home » Articles filed under: 'News' » Article: 'Museums are the new churches'

Museums are the new churches 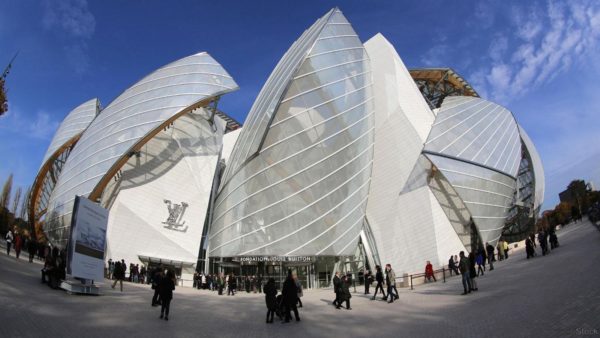 The construction of Frank Gehry’s Fondation Louis Vuitton was funded by the luxury goods group LVMH. The building opened to much fanfare in 2014 (Credit: iStock).

Like the cathedrals of bygone eras, galleries are now the ultimate buildings of our times – and the way we use them mimics religious rituals.

Art critics wear many hats, but lately the most useful one has been a safety helmet. Across the United States, arts institutions are in the middle of a building boom, and globally, outside of Europe’s austerity-choked capitals, the strongholds of art are rising as well. In New York this May, the Whitney Museum of American Art opened its new riverside home to rave reviews and serpentine queues – but not far away, the Metropolitan Museum of Art, the Museum of Modern Art and the American Museum of Natural History are all expanding, while the Studio Museum in Harlem has just announced a new building. This summer the Broad Museum, Los Angeles’s newest joint for contemporary art, sets down in a crystalline box on Grand Avenue. The last year in Europe has given us the Fondazione Prada in Milan, the Fondation Louis Vuitton in Paris, and the Garage Museum of Contemporary Art in Moscow; elsewhere the Australian Museum in Sydney is enlarging, while Abu Dhabi and, more weirdly, Helsinki prepare for new satellites of the Guggenheim.

Not since the late 1990s, when Frank Gehry’s Guggenheim Bilbao catalysed a wave of often dubious museum buildings, have this many temples to art arisen. And I use the word “temples” advisedly. If churches and cathedrals once stood at the top of the architectural hierarchy, today the museum is the building form that every serious architect dreams of designing. The financial Medicis of the 21st Century are not throwing much money at religious institutions – but a new museum, especially one offering naming rights, can attract the sort of budget that would once have been reserved for a cathedral. As a question of architectural ambition, art museums are the new churches: that much should be clear by now. But who are these new churches’ parishioners, and what sort of worship is going on?

If museums have become the preeminent form of building, that isn’t merely because the role of the church has declined in recent centuries and something had to fill the gap. On the contrary, the shifts in status of museum architecture parallel a shifting understanding of the place of art in society, and its role in shaping the society in question. Before the upheavals of the late 18th Century, secular art in Europe was housed primarily in princely collections – such as Frederick the Great’s Sanssouci picture gallery in Potsdam, or the Borghese and Doria Pamphilj galleries in Rome. These were sumptuously decorated, sometimes with iconography on the walls that glorified the sovereigns or aristocrats who owned them; they had little to no public function. By the 19th Century, particular in England and Germany, museums were explicitly founded to serve as places for ethical and social improvement, and that function was dramatised in museum architecture: above all the South Kensington Museum in London, now the Victoria & Albert Museum, a pseudo-Renaissance mashup expressing public virtue and extolling moral uplift.