You are here: Home » Articles filed under: 'News' » Article: 'Museums as “Temples of the secular”'

Museums as “Temples of the secular”

June 4th, 2020 | Browse other: News. | Tagged with: Museums must go further if they want to be seen as 'temples of the secular', temples as places that give meaning and provide solace |

Hassan Vawda, Museums must go further if they want to be seen as ‘temples of the secular’, Museums Association, 1 June 2020

Cultural venues need to show the same commitment to civic society as religious bodies do. 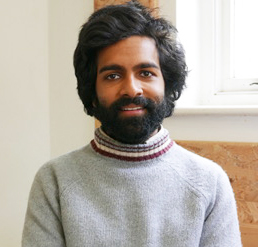 In the past couple of years, the term “temple” has made a comeback in the UK arts sector. Museums have often been linked to an analogy of a temple, through architecture and a ritual of experience, but in recent times it has been used in the functional sense to describe a vision of a modern arts space for wider society to engage with.

A recent Gulbenkian’s research project identified temples, described as places that give meaning and provide solace, as a helpful way to understand the civic role that arts organisations can play, alongside colleges (places of learning), town halls (places of debate), parks (public space open to everyone), and home (a place of safety and belonging).

Temples. When I hear this word, I think of spaces of congregational belief, devotion and profound acts of human sincerity that defy perceptions of reason. In some ways museums, galleries and other arts venues can evoke all this – from the transcendental experience of visual culture to the strange sense of meaning in conceptual and modern art.

Arts venues value their ability to create an experience of the imaginary, the sacred, the poetic. They represent the very space that the philosopher Richard Kearney pinpoints as anatheism, a “God after God” in our current western belief system rooted in Christendom, where the sacred is now found in the secular.

The sacred in arts spaces is found in bringing weight and value to the imagination and the space beyond reason. And where this is nurtured, they become “temples for the secular”.

Yet, when I hear the word temple, I also think of prayer, of prescribed community service, and of unwavering convictions of truth and purpose. I think of churches, synagogues, gurdwaras and mosques. These form an incredible network of formal and informal spaces that serve their communities, and wider public society, no matter what challenges those communities face.

Could the same be said for the “temple of the secular”? Do museums, and other arts organisations, provide the same level of dedicated, resolute power for the secular or wider communities that make up our civic society?

The description “temple of the secular” has always made me feel uncomfortable. I thought this was because of the secular element, but the Covid-19 pandemic has made me realise that it is the word temple that I have a problem with. It should not be just a casual descriptor for an emotive experience.

Under Covid-19 crisis, museums and other cultural institutions, along with the temples, mosque, churches and synagogues, have been forced to physically close their premises. Many chose to do so before the slow and unresponsive government actually announced lockdown measures.

With the physical premises closed, many arts institutions have taken a hiatus, embracing a period of reflection as a way of pondering their roles for the coming future. Limited to instagramming and digital information overloads, and with the exception of some notable ad-hoc examples of support for communities, they have largely been defunct and without purpose in this crisis.

The temples of the secular have ceased any real daily societal function.  Yet mosques, gurdwaras, churches and synagogues have continued to provide critical services for their communities and wider society.

Places of worship have carried on working for their communities, adapting themselves for funerals, supporting those in need and continuing spiritual nourishment through volunteering, networking and lots more. They have reacted in tremendously dynamic ways, from fundraising for families affected by the pandemic, campaigning for greater government action and even working to deliver historic programming for their communities, such as public calls to prayers for those in the vicinity to connect with.

They continue to be more relevant than ever to people’s lives. If we are to evoke the sentiment of a temple for cultural spaces, then that space has to go beyond an experience of profound emotion or unreasonable ecstasy that is hoped to be found through experiences with art.

The values of selfless dedication to a divine truth and the importance of contributing to society without gain has to be as much a part of the institutional culture and of our arts organisations as their cultivating of transcendental experiences.  In this pandemic, arts organisations should be using their resources, reputations and cultural capital to support communities beyond email recommendations, Instagram posts and recycled digital content.

There is no reason why arts institutions cannot provide the same level of support as faith organisations, including organising free food parcels, providing spaces for the homeless, fundraising for key workers or many other activities that support civic society.

In light of this, I have been asking myself a question – what would an arts institution look like if it truly invoked the full aspect of the “temple” analogy?

Hassan Vawda has worked within the intersection of communities, artistic risk and culture as a practitioner within local and grassroots organisations as well as with major public institutions. In 2017 he was awarded an Aziz Foundation scholarship to develop ideas, trial projects and complete an MA in anthropology and community development (Goldsmiths, University of London) around inclusion/exclusion within the cultural sector and ways of connecting with faith communities. Vawda is currently undertaking a collaborative doctorate between Tate and Goldsmiths, looking at how religion is manifested in the art museum, the perceptions of secularism embedded in the museum and how Muslims in Britain are considered by art museums. @hassanevawda