You are here: Home » Articles filed under: 'News' » Article: 'Museums as the bedrock on which every'

Museums as the bedrock on which every

February 10th, 2022 | Browse other: News. | Tagged with: Libraries and museums are still fonts of knowledge and wisdom, The Library: A Fragile History | 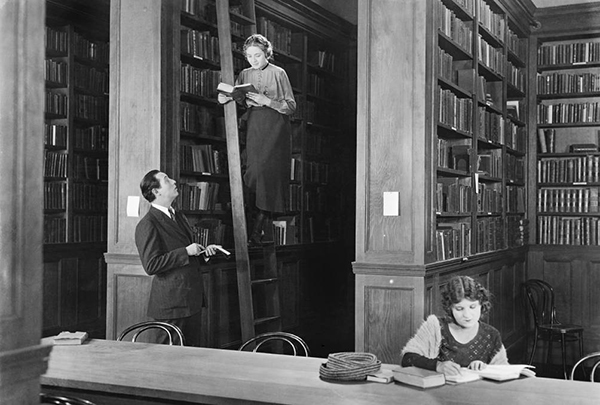 Colin Steele, Libraries and museums are still fonts of knowledge and wisdom, The Canberra Times, 5 February 2022

Libraries and museums often reflect the value systems of society, or, sadly, often in funding terms, the perceived values as seen through the lenses of politicians. Yet together libraries and museums provide, both in physical format and digitally, a continuing record of our civilisation.

James Billington, the former Librarian of Congress, once described libraries as repositories of democracy. It is revealing that many autocracies throughout history, and increasingly today, have destroyed books and suppressed digital content that contain dissident opinions. 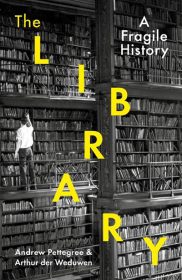 In The Library: A Fragile History (Profile. $49.99), Andrew Pettegree and Arthur der Weduwen, distinguished historians at the University of St Andrews, reflect, in their subtitle, that libraries indeed have” a fragile history”, with “a repeating cycle of creation and dispersal, decay and reconstruction, (that) tends to be the historical norm”, although, “in the endless cycle from destruction to greatness, libraries have always recovered”. Their survey of libraries, both erudite and entertaining, ranges widely over the centuries, although largely in a western and northern hemisphere framework, tracing collections from papyrus to parchment to print to digital.

For much of history, public access was limited to library holdings, overwhelmingly located in aristocratic, monastic and university libraries. It was not until the UK Public Library Act in 1850, which gave local boroughs the power to establish free public libraries for the first time, and the philanthropy of the Scottish American steel magnet Andrew Carnegie in establishing public libraries notably in the United States, that wide public access was available.

The 19th century also saw the rise of subscription libraries, such as Mudie’s Select Library, although some decried such circulating libraries in Victorian England as “purveyors of pornography and books of brain-rotting triviality”.

Pettegree and der Weduwen note that the democratisation of access to knowledge and culture was often resisted by elites. Now, access to balanced of knowledge sources is under threat from one-sided social media and declining attention spans.

Pettegree and der Weduwen, given their research background, focus on the history of libraries rather than the contemporary and future challenges facing libraries currently, although they do conclude, “the health of the library will remain connected to the health of the book”.

Whatever else, free and informed access to information in order to make considered decisions in the twenty-first century will be more essential than ever.

In the large, sumptuously illustrated The Museum: From its Origins to the 21st Century (Francis Lincoln, $75), Owen Hopkins, an architectural historian and director of the Farrell Centre at the University of Newcastle, similarly documents the evolution of, and access to museums, over the centuries. 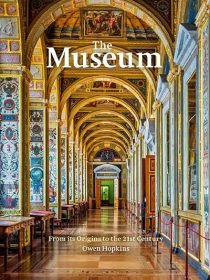 Hopkins notes before the COVID-19 outbreak, museum visitor numbers were at record levels across the world. In 2018 more than 10 million people visited the Louvre in Paris.

In focusing on major museums, such as the Louvre, the Metropolitan Museum of Art, the British Museum and the Acropolis Museum, Hopkins contextualises the past into the present.

Most of the historical museums covered residing on Europe but Hopkins later chapters move on to to museums from North America, South America and Asia. There are very brief references to the Australian Museum’s Indigenous Roadmap Project and TePapa in New Zealand.

Hopkins tackles head-on controversial issues, such as cultural objects that are associated with colonialism and slavery, thus raising the question of reparation and the return of cultural objects. Hopkins also reflects, “if museums want to engage in contemporary events, issues and debates or re-position themselves as public spaces – both admirable and important aspirations – then the thinking around collecting has to run much deeper”.

While exploring “beyond the physical space of museums”, and embracing the virtual, “museums have never been about the past, they are always about the future”, Hopkins concludes, “there is no museum without a collection”.

In the context of Australian libraries and museums, support is needed, more than ever, for the numerous GLAM Peak bodies and the development of a National Arts, Culture and Creativity plan which “recognises the vital role of our cultural and creative industries in keeping our social fabric strong” and protecting Australia’s cultural identity and heritage, underpinned by an effective digital infrastructure.

See also: Libraries and museums are still fonts of knowledge and wisdom