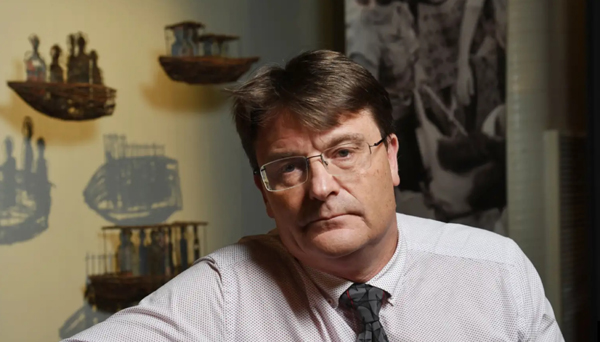 More than a dozen museums across Australia have come together to find ways to counter extremism in the wake of the Christchurch shooting.

Museums with mandates to share stories of migration particularly after World War II are looking to revive or create exhibitions and programs that address social attitudes of intolerance and Islamophobia.

Kevin Sumption, director of the Maritime Museum which holds 14,450 objects from Australia’s migrant past, conceived the joint approach after watching the events of Christchurch in which an Australian gunman allegedly shot dead 50 people in two mosques.

”We’re looking for ideas and concepts we can share, and develop new product as well, specifically talking about the changing migrant landscape. These are stories that tend to be at the local level and tend not to have large audiences, and we want to put them in front of large audiences, particularly schools.”

The museums are looking at ”experiential opportunities” like that of the Empathy Museum in Britain, which runs participatory art events to help overcome prejudice, conflict and inequality.

One pop-up involves a roaming exhibit whereby a giant shoebox holds a diverse collection of shoes from a Syrian refugee to a sex worker, a war veteran to a neurosurgeon, and visitors are invited to walk a mile in the shoes of a stranger while listening to their story.

Increasingly, museums are moving into a space of social and political activism, says Sumption.

”We are places that can address complex social issues mainly because we are one of the few places left institutionally in the world where we are trusted,” Sumption said. ”We are authentic and we still have the trust of the public.”

For the public, visiting museums that have a focus on migration is a way to be informed about social issues and culture and be part of the change.

Mr Sumption said his museum was as much about the people that had come across the sea, as the sea itself.

The Maritime Museum already operated in the space of soft cultural diplomacy as it helped to manage Australian naval shipwrecks from World War II at risk from metal salvaging, and had secured the first underwater heritage protection in Indonesia.