June 6th, 2019 | Browse other: News. | Tagged with: how museums can best demonstrate their value, obsession with visitor numbers | 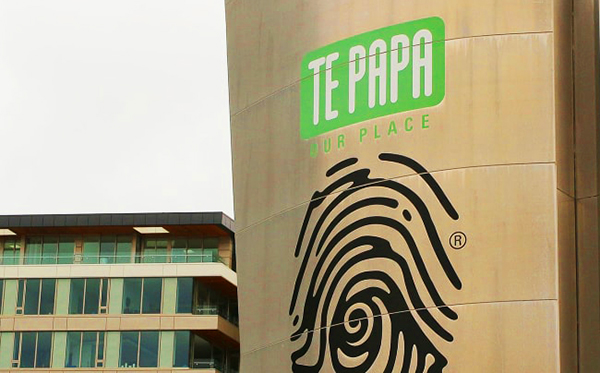 At a time of increasing demands for accountability and intense competition for funding, museums face the ongoing challenge of how to best demonstrate their value, writes Dr Lee Davidson.

Such is our contemporary obsession with visitor numbers as a measure of a museum’s success that it is enlightening to discover the lackadaisical approach to them taken by New Zealand’s national museum, now Te Papa, during its first nearly 100 years of existence.

Professor Conal McCarthy, Director of the Museum and Heritage Studies Programme at Victoria University of Wellington, and I examined the visitor records of eight Australasian museums, including – as well as Te Papa – Auckland Museum, Auckland Art Gallery and Otago Museum.

Our research – which also studied the Australian Museum, Melbourne Museum, National Gallery of Victoria and Art Gallery of New South Wales – provides insights into historical shifts in thinking about the importance of visitors, appropriate methods of recording them and the value of this data.

New Zealand’s national museum began life as the Colonial Museum in 1865, becoming the Dominion Museum in 1907, the National Museum in 1972 and finally Te Papa in 1998.

It started reporting the number of names in its visitor book in annual reports within a year of its founding, but throughout the 19th century methods of counting and reporting varied considerably between noting the number of names in the visitor books and estimating totals based on the view that these were far less than the total number of visitors, and vague references to “other data”, rough daily averages or comments such as “above average”, “about the same as last year” and “continues to increase”, and sometimes no information at all.

By 1881 the need for a recording mechanism was noted in the museum’s annual report, then from the early 1890s there is no further mention of visitors until a new National Art Gallery and Dominion Museum opened in 1936, when estimates were provided for the first few weeks and months the building was open to the public.

By the 1950s, commentary about visitor numbers begins again and totals were occasionally provided. It was not until the 1970s, however, that more attention was given to visitor numbers, with greater commentary, far more consistency of reporting and only occasional gaps. In 1992, the museum and gallery were incorporated into the same entity, which was rebranded as Te Papa in 1997. In 1998 it relocated to its current home on Wellington waterfront and from this date there has been consistent reporting of visitor numbers.

Otago Museum, founded in 1868, did not begin reporting visitor numbers until 1957, when a system of manual recording was finally established. An electronic counter was installed in 1986 but an “independent study” in 1993 suggested the counter was over-counting by 24 percent. From the mid-1990s mostly round figures are given and/or statements such as “over 220,000”, with occasional exact figures. The struggle to find reliable automatic counters continued into the 21st century. A beam counter installed in 2005 was considered very inaccurate, while camera counting software installed in 2012 was thought to be undercounting during periods of congestion.

Auckland Museum, New Zealand’s oldest museum, kept a visitor book to record attendance from its opening in 1852 and proudly reported a total of 708 visitors for the first year of operation in a local newspaper. No further comment on visitors is found until the 1870s, when annual reports begin mentioning an increase in visitors in relation to efforts to attract them (for example the introduction of gas lighting in 1871 and late-night Wednesdays).

In 1884 it was noted that, while attendance at the museum had “increased considerably”, “in the absence of any recording mechanism it is impossible to estimate the number, even approximately”. From 1886, “With the view of obtaining statistics, the curator has had the number counted on each Sunday, and occasionally on weekdays”. Annual estimates were calculated by averaging these figures and are referenced in annual reports consistently until the early 1920s. After a gap, annual totals were reported again from 1930 to 1938. Another lull followed until the 1960s, from which point consistent visitor counts are available.

Of our four New Zealand case studies, Auckland Art Gallery, established in 1888, has been the most consistent collector and reporter of visitor numbers. Yearly totals appeared in annual reports in the 1890s, although the reports are missing for the first decade and a half of the 20th century. From 1915, attendance figures are noted in annual reports with only a few gaps and discrepancies. An electronic counter was installed in 1957, prior to which “visual estimates were made which cannot be regarded as being sufficiently accurate”.

From the 1980s, museums in Australasia were becoming more visitor-centred as ideas associated with the ‘new museology’ impacted the region. It was also a time when new accountability measures were being introduced, as ‘managerialism’ filtered into the cultural sector, seen in an emphasis on successfully managing public assets with an attendant demonstration of public engagement.

The growing popularity of temporary ‘blockbuster’ exhibitions at this time increased the trend of reporting numbers for specific events, exhibitions and programmes – sometimes in the absence of institutional totals – to highlight the value of these activities.

The clear front-runner in terms of growing visitor numbers from the early 1970s until 2016 was Te Papa (+941 percent), followed by the Art Gallery of New South Wales (+350 percent), Auckland Art Gallery (+347 percent), Otago Museum (+326 percent) and National Gallery of Victoria (+220 percent – acknowledging it started off from a relatively high base).

The late 20th and early 21st centuries have undoubtedly seen encouraging growth in visitors. However, close analysis of the figures suggests some caveats to the general story of successful, more engaging and democratic cultural institutions and the idea more museum visitors overall mean a wider cross-section of visitors.

At a time of increasing demands for accountability and intense competition for funding, museums face the ongoing challenge of how to best demonstrate their value. It is worth reflecting on the role visitor data can (or should) play in this context and whether its dominance as an indicator of success might come at the expense of more nuanced, qualitative indicators that are even more difficult to collect consistently and report persuasively.

This article is adapted from ‘“Lies, Damn Lies and Statistics”: a history of museum visits in Australasia’ in Cultural Trends.