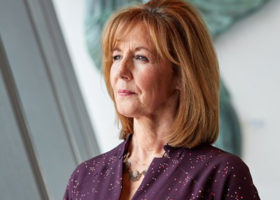 An assisted-living facility in Liverpool, England, was confronted with an unusual dilemma in 2013: An elderly resident with severe dementia suddenly became terrified of water and showering — and categorically refused to bathe.

“His demeanor and his well-being started disintegrating. It became socially unacceptable,” recalled Carol Rogers, executive director for education and visitors at National Museums Liverpool, a complex of eight cultural venues that developed and now operates a dementia program. “The other older people didn’t want him in the day room. It wasn’t pleasant for them, and there was a loss of dignity for him.”

When the museums were contacted for advice, they offered one of their memory-stimulating suitcases: one that was linked to bathing. Inside was a bar of strong-smelling carbolic soap, a kind widely used during the war years.

“It evoked a very strong memory for him, of sitting in front of the fire at bath time,” Ms. Rogers said. “They got him to bathe with it and managed to get him integrated back into the community.”

That suitcase is one of about 40 that have been devised as part of House of Memories, the Liverpool Museums’ multipronged dementia program, which just celebrated its fifth birthday. The program also has its own app, offers training days for caregivers and family members, and memory walks, hourlong guided tours of the Museum of Liverpool devised to get older visitors to share their memories of life in the city.

The suitcases cover 1930 to 1980. Themes include transportation, the natural world and ethnicity; for example, Irish and Afro-Caribbean people are among the groups represented. One suitcase contains items like fliers from early Gay Pride marches and club nights; photos of venues in the 1950s, ’60s and ’70s; and a pair of brown suede Hush Puppies, which some gay men wore to spot each other at a time when homosexuality still had not been decriminalized in Britain.

Backed by the British government and by state-funded British health care partners, House of Memories has now trained more than 12,000 people nationwide, and is crossing the Atlantic: The Minnesota Historical Society plans to offer its version of the app in the fall.

The idea first came to Ms. Rogers as a way of “supporting our aging society,” she said. “Globally, we’re all living longer, and we all want to live well, but there are older people in our community who are socially isolated,” she said. “They’re lonely.” Among them, people with dementia are particularly isolated, she said, and museums with recent collections could help. Photographs, memorabilia and objects — be they the actual items or images of them on apps — help rekindle memories in people with dementia and lead them to start conversations.

Ms. Rogers also had a personal motivation. Her mother “had a stroke many years ago,” at age 70, “and she had memory loss problems and couldn’t communicate,” she recalled. “For 10 years, we struggled as a family to connect with her.”

She teamed up with colleagues to start a dementia program, seeking input from local caregivers, doctors and nurses, then tried it out with her mother, Margaret. “I knew by her eye contact, by her squeezing of my hand, that she gained great pleasure from having that experience,” Ms. Rogers said. “It was interactive, it was personal. It got right to the hub of Margaret’s life story.”