You are here: Home » Articles filed under: 'News' » Article: 'Museums grapple with ethics of China projects' 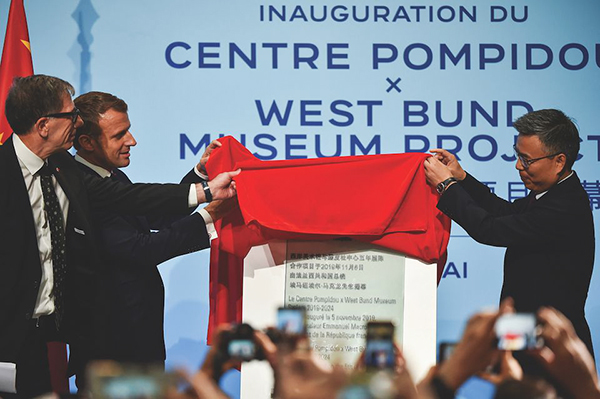 Institutions including the Tate, V&A, and Pompidou are forging partnerships with the country despite terrible human rights abuses.

Tate, the Victoria & Albert Museum (V&A), and the Centre Pompidou have defended their partnerships with state-owned companies in China in the face of mounting criticism of the country’s extensive human rights abuses.

All three are collaborating or consulting on major projects in China with development firms owned by the state. They say that sharing their collections and expertise in this way “can help to foster tolerance and curiosity” (Pompidou); “generates greater understanding between global cultures and communities” (V&A), and helps “increase Chinese people’s access to the possibilities of international art” (Tate).

Such partnerships also make a significant contribution to these museums’ balance sheets, at a time when commercial revenues are under enormous pressure. The Pompidou, for example, is being paid €20.75m for its collaboration with the West Bund Group in Shanghai. As part of the deal, the Parisian institution opened a branch in Shanghai last November and will organise exhibitions there drawn from its collections in Paris. And while the British Museum has not entered into any partnerships with state-owned firms, its collaboration with the e-commerce giant Alibaba shows just how desirable the market is. In 2018 alone, the British Museum generated nearly $30m via Alibaba’s online licensing platform Alfilo Brands, which sells British Museum branded products in China.

[Disclosure: The Art Newspaper also has an independent franchise in China, owned by Modern Media Group Holdings, which is listed on the Hong Kong stock exchange.] 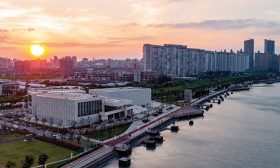 But now, artists and human rights groups are increasingly questioning partnerships with state-owned firms in China in light of growing evidence of the detention of an estimated one million Muslim Uyghurs in the Xinjiang region; the crackdown on protestors in Hong Kong; pervasive state censorship; and other widespread abuses perpetrated by the Chinese Communist Party under President Xi Jinping. (The party has rejected criticism of its Uyghur detention camps, describing them as job training centres.)

“We are talking about a regime that has flagrantly broken an international treaty in regard to Hong Kong; that is accused of atrocious crimes with regards to the Uyghurs; and that has been accused of removing organs from Falun Gong prisoners while they are still alive. So I would urge all our public institutions and museums who have partnered with the Chinese state to rethink these relationships,” says Benedict Rogers, the co-founder of Hong Kong Watch, an advocacy group.

In a report published in July by Human Rights Watch, a non-governmental organisation, the group’s executive director, Kenneth Roth, argues that the “quiet diplomacy” favoured by Western politicians in China “does nothing to shame a government that seeks acceptance as a legitimate and respected member of the international community. Instead, the photo-ops of smiling officials combined with the public silence on human rights signal to the world—and to the people of China—that the VIP visitor is indifferent to Beijing’s repression.”

Geoffrey Nice, a British prosecutor who chaired the China Tribunal in London, an independent panel set up to investigate evidence that the Chinese state is removing organs from Falun Gong prisoners while still alive to service a lucrative black-market trade, raised the issue of museum involvement in China when he delivered his final judgment in June 2019. He concludes his report with this warning: “Governments and any who interact in any substantial way with the PRC including…educational establishments [and] arts establishments should now recognise that they are…interacting with a criminal state.”

For the Chinese dissident artist Ai Weiwei, Nice’s statement is clear: “Any state or organisation, business or culture alike, involved with a state with such an extremely poor record on human rights, with divisive ideas about those most important values such as free speech, becomes a part of this power. If you do not question that power you become complicit,” he says. He is dismissive of Western museums’ claims to be promoting values of tolerance and free expression. “Most of them are in China purely for strategies of self-development, attempting to get away from the struggles facing institutions in the West,” the artist says.

For Ai, the Pompidou is “the perfect example” of a Western museum operating in China that is failing to represent its own, stated values. It has “loaned its works to Shanghai, a city under heavy Communist censorship. My name cannot even appear in museum shows in Shanghai. It is a city that has absolutely no moral foundation upon which art can exist,” he says.

The Pompidou president Serge Lasvignes’s response is that the museum and its staff in Shanghai “work independently with their Chinese counterparts to choose works, themes and exhibition set-ups. In compliance with Chinese law, exhibition content is approved by the authority in charge of cultural affairs. The authorisation and approval process may seem complex, but we do currently have sufficient freedom to be able to work with China. Should this cease to be the case, we would rescind our collaboration.”

Yaqiu Wang, a China researcher for Human Rights Watch, says that Western museums in China “should use their leverage. The Chinese government wants them there, they want the prestige of the association with some of the best-known museums in the world. If all museums got together and took a stand, they would have quite a lot of power. China could kick one museum out but they wouldn’t want to kick out everyone.”

Others argue that the presence of European museums in China benefits the Chinese people and that there is an enormous appetite there for shows drawn from European collections. An exhibition of landscape paintings on loan from Tate Britain to the Shanghai Museum in 2018 attracted a record 615,000 visitors in 14 weeks, more than 6,000 a day, making it Tate’s most visited exhibition to date in any venue.

“Cultural relations are normally people-to-people, rather than state-to-state, and it can be a good thing to open a window to other cultures and other ways of doing things even when state-to-state relations are very bad,” says Mark Jones, a former director of the V&A. “Cultural relations with the Soviet bloc during the Cold War were welcomed by the populations of those countries and may have had a part in raising and sustaining aspirations for a different life. They did not imply, and were not taken to imply, approval of or indifference to the evils of Communist dictatorship.”

“The V&A has large and important Chinese collections and has a duty where possible to maintain good links with academics in the field, including those in Chinese universities and museums,” Jones continues. “Understanding Chinese history and culture is important to all of us. And it may also be important to show aspects of our own culture in China. I am not arguing that there are never circumstances in which it is wrong to sustain cultural links—only that it is a difficult decision.”

Kerstin Mogull, the managing director of Tate, and Bao Shuyi, the vice general manager of Lujiazui Group signed a Memorandum of Understanding as part of the development of Shanghai’s Pudong Museum of Art in June 2019 Photo courtesy Tate © Ben Fisher

• For an interview with Ai Weiwei on the subject see here