You are here: Home » Articles filed under: 'News' » Article: 'Museums in Egypt' 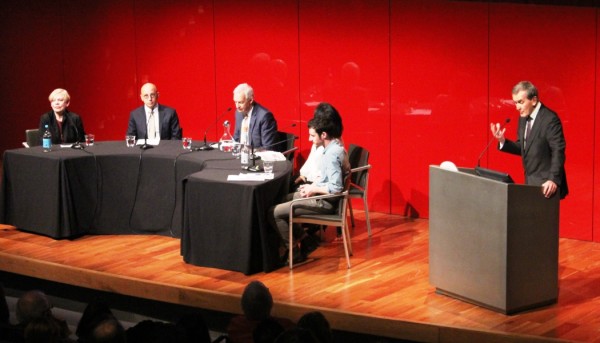 Coexistence and Conflict: Can Egypt’s Past Inform the Future? – a debate which coincided with a landmark exhibition at the British Museum.

Yasmin Khan, Will Egypt’s next revolution be in its museums?, Museums + Heritage Advisor, 11 December 2015

The power of exhibitions to highlight historic legacies of coexistence could play a greater role in alleviating future conflict. Yasmin Khan reports back from this week’s debate at the British Museum and discovers how museums can work internationally to optimise their role in preserving the past and present for the next generation

Coexistence and Conflict: Can Egypt’s Past Inform the Future? This was the title of a timely debate which was immaculately chaired by eagle-eyed Channel 4 News anchor, Jon Snow, to coincide with a landmark exhibition at the British Museum.  The Egypt: faith after the pharaohs exhibition explores the impact of the three Abrahamic religions that have taken root in Egypt since the ancient period: from a world of many gods to the worship of one God. The showcases are stuffed with a stunning array of objects which illustrate how this transition continues to affect our lives today.

Religious co-existence was the norm rather than the exception; according to panellist and world-renowned commentator on religious affairs Karen Armstrong, people are often surprised to learn that there has been a long tradition of coexistence across 12 centuries between Zoroastrians, Jews, Christians, and Muslims, largely because it challenges the monolithic media rhetoric we have been subjected with since 9/11. This exhibition offers a credible counter narrative, asserts British Museum Trustee Ahdaf Soueif, and gives us another way of talking about our quarrels which are always rooted in the flux of state politics rather than the abiding faith of the lay masses. Although the panel seemed to be “singing from the same hymn sheet” as one audience member later critiqued, the discussion captivated a diverse audience of around 350 people.