You are here: Home » Articles filed under: 'News' » Article: 'Museums Next – Camp-outs & tattoos'

April 12th, 2019 | Browse other: News. | Tagged with: Philbrook Museum of Art, taking risks and having fun the future of museums | 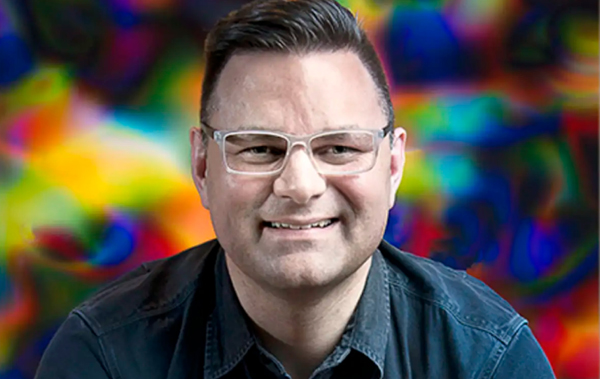 The museum of the future is playful but has serious intent, says Scott Stulen, director of Philbrook Museum of Art, in Tulsa, Oklahoma.

Linda Morris, Camp-outs and tattoos: The museum of the future is playfully serious, The Sydney Morning Herald, 6 April 2019

A behind-the-scenes peek at collections, public opportunities to help create and dismantle art installations and playful events like overnight campouts – these may mark the direction of museums of the future.

Cultural institutions will increasingly need to deal with questions of health, wellness and civic responsibility – not traditional areas of curatorial expertise – while taking risks, having fun and pushing boundaries, says Scott Stulen, director of Philbrook Museum of Art, in Tulsa, Oklahoma.

Stulen was a guest speaker of the MuseumNext conference, which last week considered global museum trends, including ideas of incorporating “play” into museum programs.

Among initiatives, Philbrook has introduced is a small band concert series, podcasts and a series called Museum Confidential where the public is invited to the basement to see the gallery’s ”dirty laundry”, the art that is never or rarely displayed.

The gallery had even hosted a curated tour of neighbourhood Christmas lights, a summer slip and slide in its grounds for which participants had to sign a waiver, and tattoo roulette where 36 members of the public signed up for a slash of ink based on a wheel spin.  The event highlighted the convergence of graffiti, graphic design, fine art and illustration and ”was sold out in five minutes,” Stulen said.

Stulen, who first shot to fame in the US as co-curator of the world’s first Internet Cat Video Festival, said it was a question of balancing the past with the future, staying core to the museum’s values and holding on to its core audiences while finding new ways to engage – described as ”sneaky learning” – new visitors and a younger generation at a time when there were so many ways to be entertained at home.

Often that meant remaking and managing collections: his gallery sold an extremely rare but seldom-shown 18th-century Chinese vase for $16.7 million at Christie’s Hong Kong and set up an endowment with the proceeds to purchase new art.

Victoria and Albert Museum in London had been one of the few in bucking the trend to declining museum attendance off the back of populist shows spanning fashion, music and pop culture. While the blockbusters brought in new audiences, there were trade-offs, says Stulen.

“We’re all kind of struggling: how much do you go after the candy of those shows? For the most part, museums lose money on those shows.”

“And where does the next one come from and the next one?” asks Kevin Sumption, director of the Australian National Maritime Museum which hosted the conference. ”The institution can’t feed the appetite. Sometimes doing less better is more effective than doing too much.”

Stulen said museums had to stay true to their principles while not stepping over the political line.

As director, he took out a full-page newspaper ad in praise of national unity and offering teachers free museum membership in the aftermath of the 2016 US presidential election, and the failure of a referendum to raise sales taxes by one cent to give teachers a pay rise.

Naturalisation ceremonies are now conducted in the museum’s grounds.

”Museums have been more a destination thing you go on vacation or once a year to check out,” he said. ”I think they are going to move more into space like a cafe, or a restaurant or a bar or a park and become like that and viewed that way because they are doing multiple things, they are not singular.”