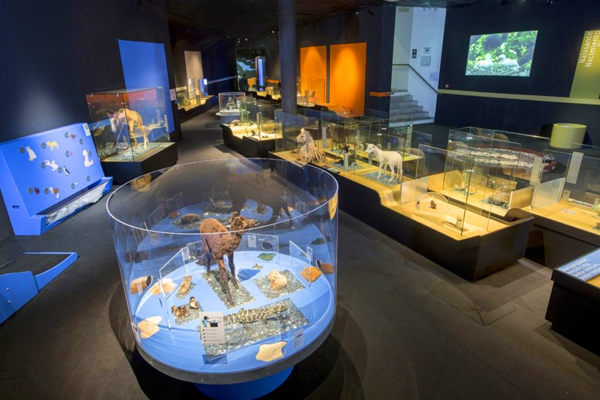 Vastari, an exhibition-making organization, has released some research into what museums want.

For data enthusiasts in the art industry, the proliferation of market reports and auction analytics seems to nudge us further into a golden age every day. Although the vast majority of this quant revolution has so far taken place on the for-profit side of the business, one innovative startup is now expanding museum professionals’ understanding of their field with a slew of never-before-seen institutional data. Exhibition-matchmaking platform Vastari launched its “Global Report” and “Exhibition Finance Report” during Frieze week, and the findings just might be able to help museums adapt their strategies to our turbulent times.

Vastari, a subscription-based forum connecting institutions seeking shows with entities offering them, believes its research fills a vacuum in the museum sector. Its conjoined studies—the “Exhibition Finance” report is essentially a more granular, robust version of the “Global Report”—compile responses from 500 museums around the world to explore many of the seldom-discussed realities facing public and private institutions in 2018. Subjects range from exhibition budgeting to programming strategy to regional preferences, all tied to Vastari’s specialty: traveling shows.

“These reports get into the mechanics of the business in a way that you don’t usually see,” Vastari CEO and co-founder Bernadine Bröcker Wieder told artnet News by phone. She considers the research “a complement of sorts” to the Art Newspaper’s annual museum attendance survey. And while she views visitorship numbers as valuable information, Bröcker Wieder also recognizes their blind spots. For instance, how did the exhibitions arrive at the museums in question? How much did they cost, and who paid for them? All of these questions, and many more addressed in Vastari’s reports, provide crucial context for what happens at the ticket counter.

Data came from a multiple-choice survey covering over 40 questions, as well as in-depth, open-ended phone interviews with public and private museum representatives. Vastari’s sample included institutions specializing in fine art (62 percent of respondents) and science (38 percent). Nearly all (93 percent) were based in either North America or Europe. Respondents also skewed toward midsize institutions, with most employing 11 to 50 people.

Bröcker Wieder acknowledges that collecting and disseminating these answers has a direct benefit to Vastari. “If people know what’s out there and what people want, it’ll be easier for us to make matches,” she says. Yet she argues that the positive effects radiate much further, making the museum sector more transparent and equipping institutions to make better decisions than what she calls the “finger in the air” hunches on which they’ve often relied.

So, what has Vastari learned from the museum sector so far? Here are five key takeaways.

From a list of exhibition types that also included science, history, culture/society, and more, about 38.5 percent of surveyed institutions expressed a desire to host fine art shows—the most popular choice. However, among Vastari’s clients currently offering touring exhibitions for hire, it reports that only about 28 percent focus on artwork. So there is a market that is underserved.

2) European museums keep much more of their programming in-house than North American ones.

While about two-thirds of both European and North American museums in the sample said they tour some of their shows, the numbers diverged drastically when it came to hosting other organizations’ exhibitions. Only half of European museums import traveling shows, versus almost 81 percent of their North American counterparts.

3) Museums rank financial upside near the bottom of their programming priorities.

When asked for their “preferred criteria when choosing an exhibition,” only about four percent of respondents selected “profitability” from Vastari’s options. The most popular answer by far, at 57 percent, was compatibility with a museum’s curatorial focus.

However, the silver medalist was cost—a data point suggesting that, even if museum leaders are unconcerned with making hits, they still want to avoid losing money. Which leads us to…

4) The vast majority of museums are most interested in hosting low-cost exhibitions.

Although about 30 percent of surveyed institutions claimed they could stretch their budget above $350,000 to import a single, extra-special traveling show under the right circumstances, 71 percent said that their average budget to host outside exhibitions was less than $50,000.

On a related note: According to Bröcker Wieder, “None of the museums surveyed could have paid the type of hiring fee that a blockbuster requires out of their hosting budgets, meaning they would probably have to rely on third-party funds to secure a show of that nature.”