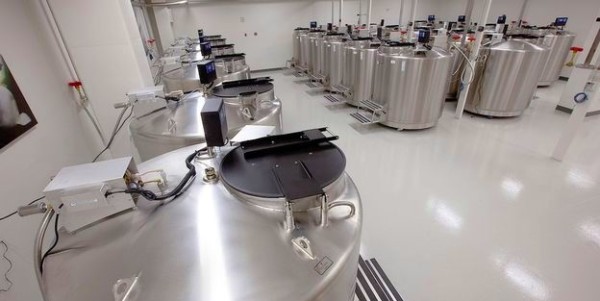 As the world enters into a sixth great extinction, scientists are racing against the clock to save genetic evidence from plants around the world.

An ambitious project launched Wednesday to collect the genomes of the planet’s major plant groups within the next two years and put them into deep freeze.

The project is part of the Global Genome Initiative, which aims to gather and preserve the DNA of all life on Earth in cryo-storage facilities.

The task sounds daunting, but scientists leading the initiative at the Smithsonian’s National Museum of Natural History say it will only take a few months to gather samples from half the world’s plant families because they’re already growing in botanic gardens. Most can be found within a five-mile (8-km) radius of Washington, DC.

There are some 500 plant families and more than 13,000 genera within those groups. The task is urgent because some species are facing extinction. In fact, scientists warn that Earth has entered its sixth mass extinction – the last such event killed the dinosaurs 65 million years ago.