You are here: Home » Articles filed under: 'News' » Article: 'Museums & the source of philanthropy'

Museums & the source of philanthropy 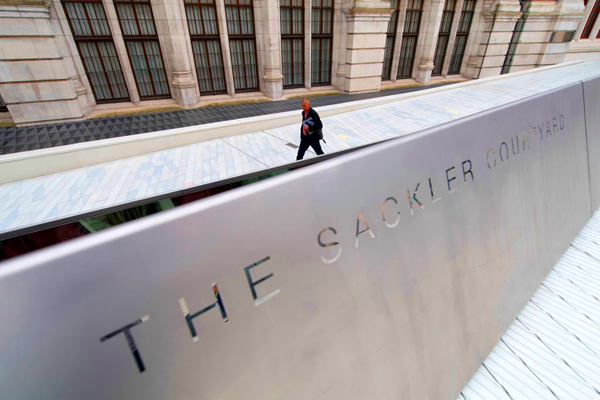 Eileen Kinsella, It Turns Out That Oxycontin, the Highly Addictive Painkiller, Has Helped Bankroll More Than a Dozen Museums, ArtNet, 18 October 2017

A new report delves into the dark side of the philanthropic Sackler family.

Do museums have a responsibility to reckon with the source of a donor’s wealth? The question has come up numerous times in recent history, from the conservative Koch brothers’ support of the plaza at New York’s Metropolitan Museum of Art to BP’s controversial sponsorship of London’s Tate.

Now, another prominent art patron has come under scrutiny: the Sackler family. The name graces museum wings, courtyards, galleries, and university museums. But in an eye-opening story just published in Esquire magazine, ace reporter Christopher Glazek delves into the lesser-known story behind the fortune: A sizable portion was built on sales of the narcotic painkiller OxyContin.

The drug is at the heart of the US opioid epidemic and is “regarded by many public-health experts as among the most dangerous products ever sold on a mass scale,” Glazek writes. His account includes damning details regarding the handling of the drug, including company reps lying to doctors about its potency.

The Purdue Pharma company, the American arm of the Sackler family’s global pharmaceutical enterprise, brought the drug to market and was eventually hit with felony charges of “criminal misbranding,” for which it paid a $600 million fine in 2007.

Despite this unenviable association, the family’s leaders have managed to pull off a trifecta of marketing victories. They have successfully sold OxyContin, promoted the Sackler name, and made sure that the public is largely ignorant of the connection between the two.

The Sackler family “has donated its fortune to blue-chip brands, braiding the family name into the patronage network of the world’s most prestigious well-endowed institutions,” Glazek writes.

Glazek opens his lengthy piece—which he reported over five months—by guiding readers through the newly installed Sackler Courtyard at the Victoria and Albert Museum in London, which he describes as “one of the most glittering places in the developed world.” The opening this past June was attended by Kate Middleton, the Duchess of Cambridge. And that’s only the latest addition to a portfolio that already includes the following:

There’s the Sackler Wing at New York’s Metropolitan Museum of Art, which houses the majestic Temple of Dendur, a sandstone shrine from ancient Egypt; additional Sackler wings at the Louvre and the Royal Academy; stand-alone Sackler museums at Harvard and Peking Universities; and named Sackler galleries at the Smithsonian, the Serpentine, and Oxford’s Ashmolean. The Guggenheim in New York has a Sackler Center, and the American Museum of Natural History has a Sackler Educational Lab. Members of the family, legendary in museum circles for their pursuit of naming rights, have also underwritten projects of a more modest caliber—a Sackler Staircase at Berlin’s Jewish Museum; a Sackler Escalator at the Tate Modern; a Sackler Crossing in Kew Gardens. A popular species of pink rose is named after a Sackler. So is an asteroid.

Spokespeople for the Metropolitan Museum of Art and the Serpentine declined to comment on the Esquire story. Six other institutions mentioned did not immediately return a request for comment from artnet News.

Glazek points out that the money used to create the prestigious Elizabeth A. Sackler Center for Feminist Art at the Brooklyn Museum is from a branch of the family that didn’t inherit any OxyContin money, though it did benefit from the fortune that Arthur, Elizabeth’s father and the oldest of the family’s three brothers, made through Valium. (In an email exchange with Glazek, Elizabeth writes: “Neither I, nor my siblings, nor my children have ever had ownership in or any benefit whatsoever from Purdue Pharma or OxyContin.”)

Though the controversy surrounding OxyContin is ongoing, Glazek says the Sacklers will most likely emerge unscathed. The pharmaceutical company can only be prosecuted for activity that occurred after the 2007 settlement, and no family member has held an executive position at the company since 2003.