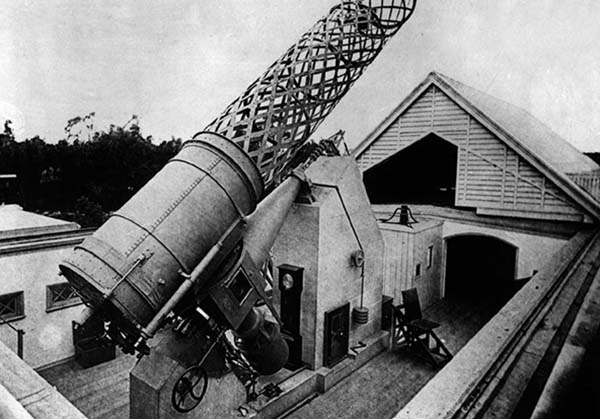 A 150-year-old telescope that left Melbourne in 1945 is one step closer to return to its original location at the Royal Botanic Gardens.

The 1869-built Great Melbourne Telescope had been a scientific jewel of the city until being transferred in the 1940s to Canberra, where it was damaged by bushfires in 2003.

Museums Victoria, the Astronomical Society of Victoria and Royal Botanic Gardens started a restoration project in 2008 that sought to bring back to life the former second largest telescope in the world.

This dedicated endeavour has now received a $600,000 grant from the Victorian government, which will be added on top of $5 million budget to a proposed new nature and science precinct in Melbourne’s Royal Botanic Gardens.

The original house built for the telescope remains on the former Melbourne Observatory site. It is also scheduled to be restored in preparation for the return of the Great Melbourne Telescope.

“We’re proud to support the restoration of this Melbourne icon and look forward it to returning to its original home,” Energy, Environment and Climate Change Minister Lily D’Ambrosio said.

“The Observatory in the Royal Botanic Gardens will be a fitting home for what is a wonderful part of our history.”

Groups of engineers and volunteers have worked together in Melbourne for the last 10 years, re-designing and re-engineering its more than 400 missing components.

This small volunteer group nicknamed The Barrys have collectively contributed over 30,000 hours to the project, the government reported.

“The Barrys are a shining example of the passionate volunteers in our creative industries,” Creative Industries Minister Martin Foley said.

“This grant recognises their dedication and efforts to help bring an important part of our history back to life.”

The 10 metre-high structure was reassembled in time for its 150th anniversary and can be viewed at Melbourne Museum until Wednesday.