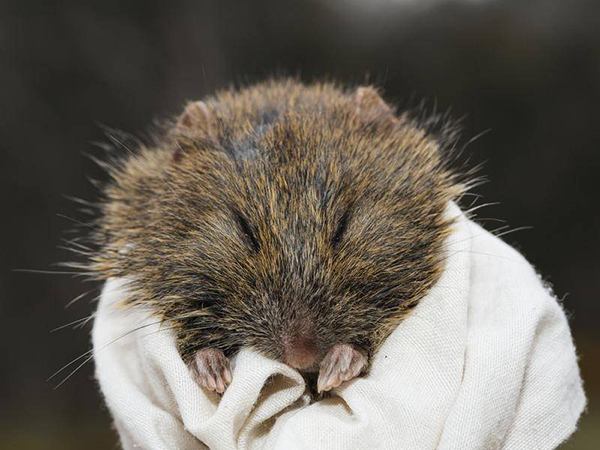 Victoria’s devastating bushfires have raised fresh concerns for the long-term survival of a native rodent already rendered endangered by decades of climate change.

Museums Victoria has issued a conservation callout for the Tooarrana, otherwise known as the broad-toothed rat.

Researchers will return to rat’s habitats in Victoria later this year as part of the state’s biodiversity response and recovery program after last summer’s catastrophic bushfires.

During his recent fieldwork in Victoria’s eastern alps, Museums Victoria’s senior curator of mammals Dr Kevin Rowe noted the fires had charred much of the thick undergrowth the rats use as runways.

“Getting on the ground to understand the intensity and severity of the fires is essential to know how populations within the burn are faring,” Dr Rowe said in a statement.

“Impacts like feral horses and predators can worsen after a fire and we need to know about how these impacts have changed.”

The rodent species, unique as they feed almost entirely on sedges and grasses, is only found in southeast Australia.

It is officially listed as threatened but the Victorian population has been classed endangered and was in decline before the bushfires swept through the Victorian high country, burning out many of its few remaining strongholds.

Climate change is seen as a major contributor for the species disappearing from the majority of Victorian sites where they had been found before 1990.

The long-term study, published in April and co-authored by Dr Rowe, only detected the rats at 32 of 68 historical sites surveyed.

At each site, historical climate data showed the annual average temperature had lifted by 0.7 percent since the species was last seen there.

When the rodents were observed at the same historical sites, it was more likely to be at higher elevations with higher precipitation and lower temperatures.

“Climate change poses a significant threat to the persistence of broad-toothed rats, and to many other Australian animals.”

Dr Rowe plans to return to study sites with his team as they open up after the snow season.

He remains hopeful of spying the shy and gentle critters, but for now is keen to put the lesser-known species on Victoria’s environmental radar.