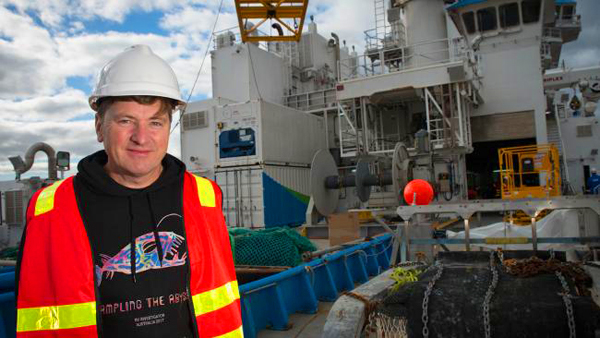 Scientists are heading into the unexplored depths of a mystery abyss off the Australian coast stretching from Launceston to Brisbane.

“The abyss is the largest and deepest habitat on the planet, covering half the world’s oceans and one third of Australia’s territory, but it remains the most unexplored environment on Earth,” Museums Victoria chief scientist Dr Tim O’Hara said.

At depths of four kilometres and with crushing pressure, sampling equipment from the CSIRO research vessel Investigator takes eight hours to descend and will map and video terrain, with an expectation new marine species will be discovered.

Among the rare creatures forecast but already known is the Sloane’s viperfish. 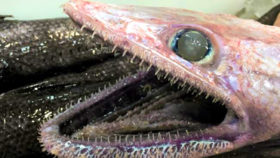 The international team of 40 scientists is now en route to the Freycinet Commonwealth marine reserve off eastern Tasmania and will track the abyss to the Coral Sea off central Queensland over the next month.

“We know that abyssal animals have been around for at least 40 million years, but until recently only a handful of samples had been collected from Australia’s abyss.”

With almost no light, marine animals often have no eyes or generate their own light through bioluminescence at such depths.

Aboard the 11-storey high Investigator are scientists from Museums Victoria, CSIRO and other Australian and international museums and research agencies who will for the first time sample the biodiversity at deep-sea locations in the massive abyss.