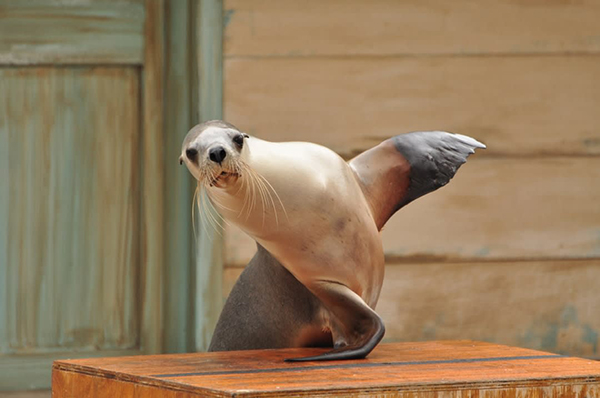 What can the rare discovery of a three million year old fossilised seal tooth tell us about the potential fate awaiting our living seal species? Research reveals the disappearance of the earless seal from southern continents may have been due to dramatic shifts in the Earth’s climate.

Take a long walk down the beach on Australia’s southern coastline and the chances are you’ll encounter a fur seal or sea lion. These charismatic, furry, semi-aquatic residents often haul out to rest on our beaches after long fishing trips at sea. But, if you also keep an eye down on the rocky shoreline, you may encounter something a little more … prehistoric.

This is exactly what happened to Michael Biasol in 1998, when he collected a tiny fossil while walking along the beach at Portland, Victoria. But it wasn’t until years later, after Michael generously donated the fossil to Museums Victoria, that the true identity of this specimen was discovered – it was the tooth from a three-million-year-old seal. Yet this was no ordinary seal tooth; this unusual specimen was from a group of seals now long extinct, demonstrating that our current seals weren’t the first “sea dogs” on the block. 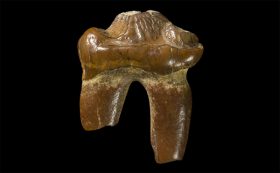 The fossilised seal tooth, which is three million years old.

This rare specimen is profiled in the Journal of Vertebrate Paleontology, published today, by a team of scientists from Monash University and Museums Victoria, led by PhD candidate James Rule.

The Monash-museum research team compared the tooth to other pinnipeds – the group that includes earless seals, fur seals, sea lions, and the walrus. They found that the tooth belonged to an extinct earless seal; not a fur seal or sea lion (eared seals). This means that millions of years before the arrival of eared seals, earless seals similar to the living tropical monk and Antarctic leopard seals lived in ancient Australia. The fossil tooth is only the second earless seal fossil discovered in Australia. 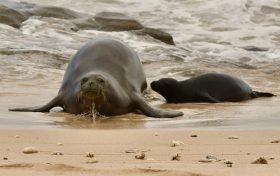 This tooth has characteristics of the southern group of earless seals (known as the monachines). The morphology of a tooth can tell us a lot about and how seals lived. For example, the unique and bizarre teeth of leopard and crabeater seals help them eat everything from penguins to plankton. Fur seals and sea lions, on the other hand, have pointed teeth that allow them to grip fishes and squid.

The teeth of the extinct monachine seal that once bounced along Victoria’s beaches was unlike any pinniped that exists in Australia today. But why, then, aren’t these earless monachines around anymore?

Where did these ancient seals go?

To understand where Australia’s extinct monachines went, you have to put them into a global context. The Portland tooth tells a story similar to what occurred in South Africa and South America in the past. Earless monachine seals used to dominate southern beaches and waters, then suddenly disappeared, with eared seals replacing them. 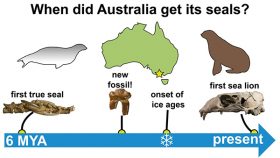 The history of Australian seals, as told by fossils (MYA = million years ago). Illustration: Silke Cleuren.

Why did the earless seals disappear from these southern continents? It may have been due to a change in their habitat.

In the past (and indeed today), dramatic shifts in the Earth’s climate altered Australia’s environment. The formation of the polar ice caps caused a drop in sea level, eliminating the beaches that earless seals rely upon to rest. This likely meant they either had to leave Australia’s waters, or that they became locally extinct.

Scientists think the elimination of shallow-water beaches, and the appearance of more islands, resulted in eared seals colonising southern shorelines from the North Pacific Ocean.

What does this mean for seals today? 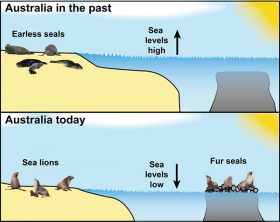 Change in sea levels may have led to the disappearance of earless seals, and the rise of eared seals. Illustration: Authors.

The environmental shift in the past ended the earless seal’s three-and-a half-million-year history in Australia. So what will happen with modern climate change?

As the Earth continues to warm, more polar ice will melt, leading to rising sea levels. This will eventually result in the loss of most of the islands that Australia’s fur seals and sea lions rely upon to rest.

As a result, the same fate may await living species of seal, as our rapidly warming climate relentlessly assaults the world’s polar ice caps.