You are here: Home » Articles filed under: 'News' » Article: 'MV sued by visitor who raced'

MV sued by visitor who raced 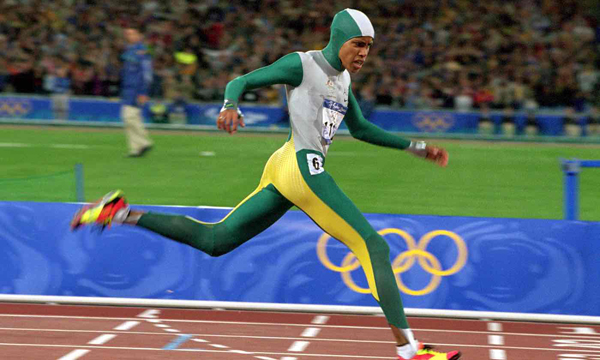 A file picture of Cathy Freeman. Visitors to Scienceworks can pit themselves against a simulation of the Olympic 400m gold medallist. Photograph: Billy Stickland/Getty Images. Source: The Guardian.

An Australian man has launched legal action after coming off second best to a virtual Cathy Freeman in an interactive exhibit.

Visitors to Melbourne’s Scienceworks museum are invited to pit themselves against a simulation of the Olympic 400m gold medallist on a 10m dual-lane track.

When Dean Smith gave it a go in June last year, he ran into a wall, severely injuring himself.

Fairfax reported that Smith was now suing the Museums Board of Victoria, which operates the museum in Spotswood, for negligence for unspecified damages.

“All these little things made me think I could beat her, I got a bit competitive, thinking ‘I can take on Cathy Freeman’,” he told Fairfax. “Then when I was 30cm from the wall I saw what was going to stop me.”

In a writ lodged in the Victorian supreme court last week, he argued that the museum had failed to prevent the risk of injury and that the track was poorly lit and should not have led to a wall.

In his statement of claim, he said he had fractured one vertebra and crushed another one; fractured an occipital bone and a rib; and lost feeling in his arms, hands and fingers in the incident.

He had a psychiatric disorder and had also subsequently suffered a stroke, he said.

“No one wants to run flat-out and put their head into a wall,” he was quoted as saying by Fairfax.

The Herald-Sun quoted Smith’s wife, Rachel: “When he arrived at the trauma unit … they said to me he’s pretty much done the closest job to knocking his head off his shoulders as you possibly can without dying.”

Smith, a pool glass installer, said he had been unable to work since the accident and he was in constant pain.

Nick Korkliniewski, from the Arnold Thomas and Becker law firm specialising in personal injury cases, said his client’s significant injuries were a result of Scienceworks’ “lack of duty of care”.

“Mr Smith was enticed to run as fast as he could in a poorly lit exhibit with only a very short stopping distance at the end of the race, no warnings or appropriate signage,” he told Fairfax.

Scienceworks invites visitors to take part in “sporting challenges” in its Sportworks exhibit, “a place to leap, run, throw and row”.

“Pit your skills against some of Australia’s best-known sportspeople and investigate your body’s abilities for particular sports. Are you tall? Flexible? Can you jump high, run fast or react quickly?”

A spokeswoman for Museums Victoria told Guardian Australia that Scienceworks was unable to comment on active legal proceedings.

She added: “Scienceworks has been one of Melbourne’s favourite attractions for a quarter of a century, and is absolutely committed to the safety of the hundreds of thousands of children and families who visit every year.”