You are here: Home » Articles filed under: 'News' » Article: 'MV to open vaccine pop-ups for vulnerable' 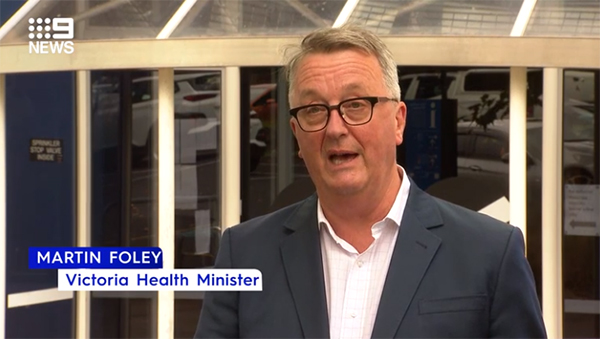 Tuesday, February 1: Victoria Health Minister Martin Foley has announced 11,311 new cases of COVID-19 and 34 deaths, but adds these numbers are ‘substantially down’ from previous weeks.

The Victorian government will open nine pop-up vaccination clinics at several child-friendly venues as part of a program to increase immunisation rates among vulnerable and disadvantaged children.

Each site will be equipped to administer up to 100 paediatric doses of the COVID-19 vaccine each weekend and will supplement the state-run vaccination sites across the state.

Health Minister Martin Foley said the program would target children with disabilities, in out-of-home care, or involved in the youth justice program.

COVID-19 response commander Jeroen Weimar said the clinics would not accept walk-ups, and families and carers would be invited to participate in the program.

“These are not going to be the high-volume vaccination centres that we run at the Royal Exhibition Building or the Ford factories. These are very bespoke, and we’ll be doing hundreds of people a day at these locations, not thousands,” Mr Weimar said. 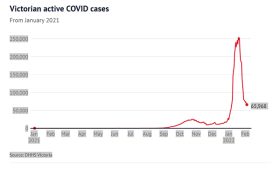 About 98,000 children aged between five and 11 have received a dose of the COVID-19 vaccine through Victoria’s state-run centres since the hubs began providing paediatric vaccines on January 10. Another 160,000 children under 12 have been vaccinated at pharmacies and GP clinics.

Of those Victorians in the age group, 44.7 per cent have received one dose of a COVID-19 vaccine.

Victoria reported 11,311 new cases of COVID-19 and 34 deaths on Tuesday, as health authorities revealed the state could have already passed its peak in virus-related hospital admissions. 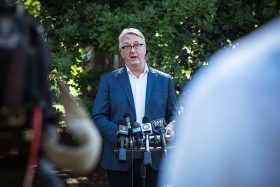 Thirteen of the deaths reported on Tuesday occurred in the past two days, the Chief Health Officer’s update said.

Chief Health Officer Brett Sutton told the newly created pandemic declaration accountability and oversight committee on Monday hospitalisations may have already reached a high and might only get to half the level predicted by earlier caseload modelling.

“I think we’re likely to be at the peak now. I think we’re unlikely to go above 1500 hospitalisations and I think it’s probably already peaked. I think that peak will look bumpy, it’ll be a plateau, it’ll have up and down days, but it won’t significantly increase from the position we’re in right now,” he said.

The figure has been revised down from Professor Sutton’s estimates released last Monday, which expected hospitalisations to grow by 100 a day before reaching 2500. It is welcome news for hospitals, which continue to operate under stress following the declaration of a “code brown” last month. 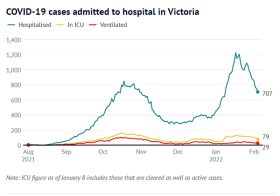 There are currently 851 Victorians with COVID-19 being cared for at hospitals across the state. Of those, 106 are in intensive care and 30 are on a ventilator.

That is a significant drop from figures released by the state government two weeks ago, which had 1229 people recovering in hospital on January 17 and 1206 on January 20.

The fall in hospital admissions comes after a snapshot released by Australia’s productivity watchdog on Monday found Victoria spent less money per person running public hospitals than any other state in the country. It also had fewer beds and workers, and longer emergency department waiting times.

The Australian Medical Association’s Victorian president Roderick McRae said Victorian hospitals had fared “extraordinarily poorly for decades” as a result of deep funding cuts, and the COVID-19 pandemic had exposed vulnerabilities in the system. 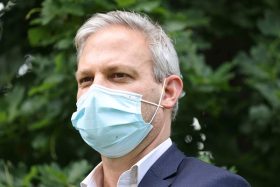 Mr Foley rebutted the claims, saying Victoria had spent “a much higher amount” on community and home care services than other jurisdictions.

“This is a government that is investing record amounts in infrastructure, workforce or building services, whether they be home-based, community-based or hospital-based,” he said.

There are currently 72,710 active coronavirus infections in Victoria. Of the new cases announced by authorities on Tuesday, 4251 came from PCR tests, and 7060 were self-reported from rapid antigen tests.

More than 17,799 Victorians received a dose of a COVID-19 vaccine at a state-run clinic on Sunday, taking the proportion of triple-vaccinated Victorians to almost 39 per cent of the adult population. Of those, 1645 were paediatric doses.

Almost 260,000 children have now received at least one dose of the COVID-19 vaccine.

The Australian Technical Advisory Group on Immunisation is currently considering approving a third shot of the coronavirus vaccine for 16 to 17-year-olds after the Therapeutic Goods Administration gave the green light last week.

Following its weekly meeting on Monday, the group noted the TGA’s advice and added it would release recommendations on the use of boosters in that age group shortly.

The move is part of a probe by the Australian Competition and Consumer Commission into price gouging and illicit practices in the sale of the testing kits, which attracted almost 4000 tip-offs from the public between December 25 and January 26. 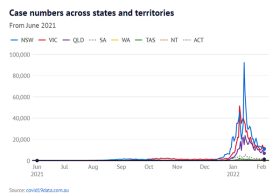 In a statement on Tuesday morning, the watchdog said about 95 per cent of the reports related to the price of the tests, followed by complaints about package splitting.

Pharmacies were the most complained-about sector, attracting 1309 reports. However, the watchdog said since mid-January that had changed to include more complaints from smaller stores that don’t usually stock such items.

The ACCC found many consumers were still paying between $20 and $30 per test despite wholesale prices remaining stable between $3.82 and $11.42.

The average price of tests in pharmacies based on consumer tip-offs was about $21, with most retailers charging between $15 and $25 per test.

“While $20 retail prices remain lower than the more extreme reports received by the ACCC, this is still an unusually high mark-up that in our view is very difficult to justify,” commission chair Rod Sims said.

IGA supermarkets and BP petrol stations were among the businesses selling the tests at a premium, attracting a combined 205 complaints. However, reports about businesses cautioned by the ACCC such as King of the Pack and Metro Petroleum had dropped.

“I want to emphasise that these complaints are limited to a small number of individual stores in these chains and that the majority of stores in those chains have not been the subject of complaints to us,” Mr Sims said.

The ACCC has asked more than 50 suppliers, major retailers and pharmacy chains to explain their costs, pricing and stock availability and warned they must be able to back up any claims made to consumers about the reasons for the higher prices.

It has also referred businesses to the Australian Federal Police and the Therapeutic Goods Administration following tip-offs from consumers about alleged illegal re-selling of rapid tests, including package splitting, and the sale of tests not approved for home use in Australia.