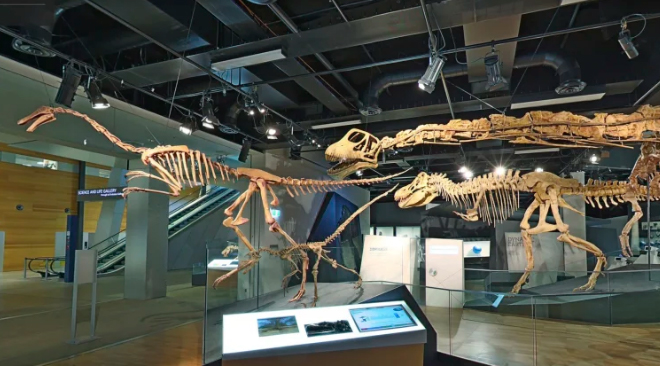 Melbourne Museum is also “looking at some augmented reality where people can use their phones and their photographs and put themselves into the museum context”.

As parents grapple with how to entertain children held back from school in the coming pandemic months, Museums Victoria has embarked on a multi-phase online video, virtual and augmented reality “museum at home” program to keep them stimulated.

In the first phase, Melbourne Museum’s already existing three-dimensional virtual tours of Phar Lap, the Melbourne Story, the human mind and wild animals coping with a changing world can now be found on the same online platform that houses virtual tours of Scienceworks, its futuristic Think Ahead exhibition and the interiors of the Spotswood pumping station.

The next phase in coming weeks promises online innovation for inquiring young minds, says Museums Victoria chief executive Lynley Crosswell. “This [pandemic] is not going to end any time soon, so we are looking at new elements: gamification, areas where people can play games with the content and each other,” she says.

“We’re also looking at some augmented reality where people can use their phones and their photographs and put themselves into the museum context. It’s not tricky tech, but it will make things more fun and interesting for young people as the weeks go on.”

Arts centres, museums, galleries and festivals nationally face an uncertain future, with the list of such institutions closing for public on-site access growing by the day because of the COVID-19 outbreak. The Sydney Biennale and Queensland Art Gallery and Gallery of Modern Art are the latest, joining the National Gallery of Victoria and others in shuttering doors.

The approximately 650 permanent and casual staff and 500 volunteers of Museums Victoria are likewise facing uncertainty, with Melbourne Museum, Scienceworks and the Immigration Museum, among others, remaining closed for the foreseeable future. 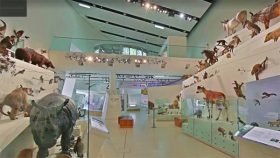 Melbourne Museum has not stood down any staff during the pandemic.

“It’s just a day-by-day proposition, but we’re certainly closed for the month the Premier [Daniel Andrews] cited as a period of statewide emergency, and we anticipate being closed for significantly longer,” says Crosswell.

“We haven’t stood staff down as such at this point in time; we have just ensured that people are all safe. Some are working from home, and because we’re closed [to the public] we don’t need volunteers to come in. Those who do need to come in, we’re rostering so not everybody’s in the building at the same time so that they don’t come in at times of peak use of public transport.”

Are all the jobs at Museums Victoria guaranteed? “We’re certainly not laying off staff at this point, but we’re in the same boat as everybody else; we’re waiting to see how this unfolds and trying to understand what might come next.”

For now, Museums Victoria is focusing on fun in its online learning, including a virtual tour by The Listies, Rich and Matt, called the Learnadome – another name for museum – which includes shark dentists and “dinosaur salesmen”.

On the Scienceworks page, there are videos and teacher support materials, on biology, physics, earth and space, for primary and early learners under the heading Little Science.

“We think that’s going to be really helpful for everybody trying to keep kids learning while they’re at home,” says Crosswell.