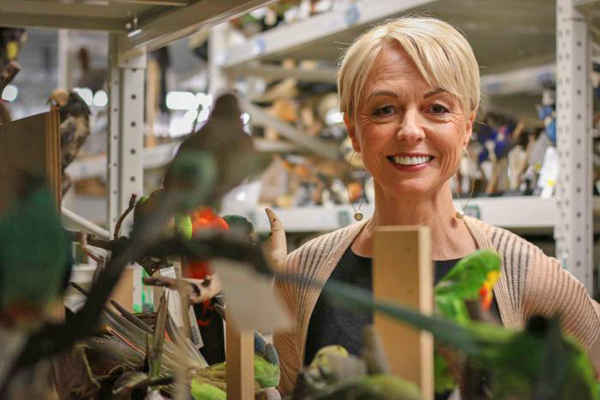 It’s easy to get lost in the maze of hallways and rooms which contain Melbourne Museum‘s hidden archive of treasures.

Some of the items in the 17-million-piece collection are so precious, finger print technology is used to open locked doors.

But once you’re in, there’s no telling what you might find.

“The museums are like an iceberg, there’s only the very, very tip ever on display,” Museums Victoria‘s chief executive Lynley Marshall said.

“Most of the public never get to see what is stored in this museum, because there’s not more than 1 per cent of the collection on display at any one time.

A new exhibition called Inside Out aims to display some of the most special items re-discovered by curators.

Some pieces have never been seen by the public.

A taxidermied Tasmanian tiger which was acquired by Hobart Zoo is also going to be put on display.

Steven Sparrey, the manager of the museum’s preparation department, has spent weeks restoring the specimen.

“The actual specimen itself is in quite good condition, and tells a lovely story about how taxidermists would have worked on and prepared these specimens a long time ago,” he said.