May 6th, 2021 | Browse other: News. | Tagged with: Australian treasures are on the brink of destruction, National Archives of Australia | 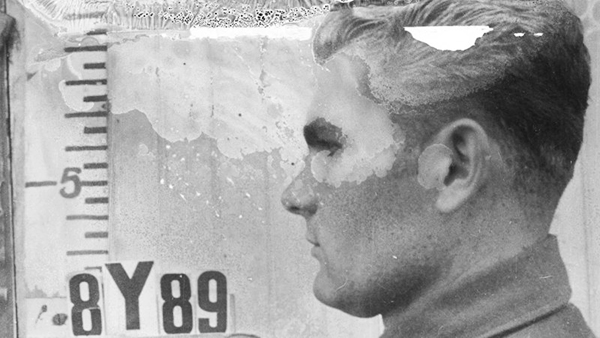 Deteriorated nitrate negatives of Italian prisoners of war in Australia are one part of the collection threatened by neglect. Credit: National Archives of Australia.

Michelle Arrow, ‘There’s no back-up copy’: Australian treasures are on the brink of destruction, The Sydney Morning Herald, 1 May 2021

Do you remember taping programs off your television with a VCR? Back in the days before streaming, many of us amassed small libraries of movies this way, the tapes becoming scratchy and wobbly with age. Then along came the DVD: a much more stable, digital format. The VCR quickly became obsolescent, and all those VHS tapes, lovingly compiled, became unplayable, virtually overnight.

Simply put, this is the dilemma that faces the National Archives of Australia. It is stuck, metaphorically, in the VHS era, and without an urgent injection of funds, it will be trapped there. It has a vast collection of historical records: not just documents and files, but tape recordings, films, and television programs. And much of it is on the brink of destruction.

If rapid action is not taken to convert all the archives’ audiovisual material to secure, digital formats, in 2025, it will topple off what archivists call the “digital cliff”. A combination of deterioration and outmoded technology will conspire to destroy it.

Many paper documents held in the archives are in similar peril, as the Herald reported on Monday.

It is hard to overstate the scale of this loss for our national cultural memory.

The role of the National Archives is to collect, manage and preserve records generated by the Australian government and its agencies. Together with our other national cultural institutions, it is the keeper of Australia’s cultural memory. In a globalising world, this work is more important than ever.

The National Archives is also a crucial plank of our democracy. It helps us to hold the state to account by facilitating access to the records of government decision-making. Naturally, the archives houses lots of material about politicians and politics. But it also contains a precious record of almost every aspect of Australian life. 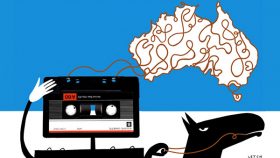 The records of the National Archives are at their most revelatory when they relate to “ordinary” people. Almost every one of us could find some trace of our history there. It holds records that tell the stories of people who served their country in war, and those who chose to migrate to Australia (as well as the people who were denied entry, thanks to the White Australia Policy). It holds recordings of government inquiries such as the Royal Commission into Aboriginal Deaths in Custody, where the pain of Indigenous lives lived under ongoing colonial violence can be heard, not just read.

Let’s pause a moment to think about what it would mean to lose all of this, and more. There’s no back-up copy of these documents sitting in another country’s National Archives. They aren’t on Google, or YouTube. If we allow them to be destroyed through neglect, they are gone forever.

And think about what this destruction would mean for the ways we know about our history. Prime Ministers and politicians will always make their mark: they leave lots of historical documents behind for posterity. But if we lose the at-risk material in the National Archives, we will lose important places to read – and hear – the voices of everyday Australians in the past.

The vulnerability of the film and sound recordings at the National Archives is particularly alarming. In these recordings, we can hear what people in the past sounded like: the accented English of new migrants, the British cadences of ABC announcers, the broad, flat tones of wartime Prime Minister John Curtin.

Imagine leaving no trace of how Australians, in all their diversity, sounded throughout the 20th century? Worse still, imagine how we will struggle to understand our own history without the film and television held by the archives.

Archival footage is an evocative window into the past. Film can engage audiences with history in ways that the printed word cannot. It is especially powerful for connecting children with history. We haven’t a hope of making engaging documentaries about Australian history without archival footage. If we allow these records to tumble off the digital cliff, we will imperil our historical understanding.

Unfortunately, archives are not vote changers. The National Archives has suffered funding cuts for years, from both Labor and Liberal governments. All commonwealth agencies have been subject to “efficiency dividends” since 1987: each year, their budgets have been reduced. This has eroded the ability of our cultural institutions to fulfil their core functions. The impact of ongoing cuts was compounded in 2015-16 when the Turnbull government imposed an additional 3 percent “efficiency target” on national cultural institutions.

Funding cuts have led to job losses at the archives and a corresponding reduction in service for archives users, many of whom endure long delays to view materials. In the face of this budget crisis, the archives’ decision to spend more than $1 million trying to prevent Professor Jenny Hocking from accessing the so-called “Palace Letters” was unwise. The archives needs to improve its accessibility, and its transparency. But it also needs adequate funding to perform its essential functions. Right now, it needs to stop those records tumbling over the digital cliff.

The good news is that this is not an insurmountable problem. The Tune Review into the National Archives, released in March this year, recommended the government fund a program to urgently digitise at-risk materials. This would cost $67.7 million, just a fraction of the $500 million that the Federal government has committed to an expansion of the Australian War Memorial, which has been exempt from “efficiency target” cuts.

In this era of global tech giants and multinational streaming services, we still need to find a space for Australian voices and stories. No one else in the world is going to save our historical records. We must do this for ourselves.

Swift and decisive action from the federal government can pull the National Archives back from the edge of the digital cliff and preserve its treasures for all of us.

Michelle Arrow is professor of Modern History at Macquarie University and author of The Seventies: the personal, the political and the making of modern Australia. Julia Baird is on leave.