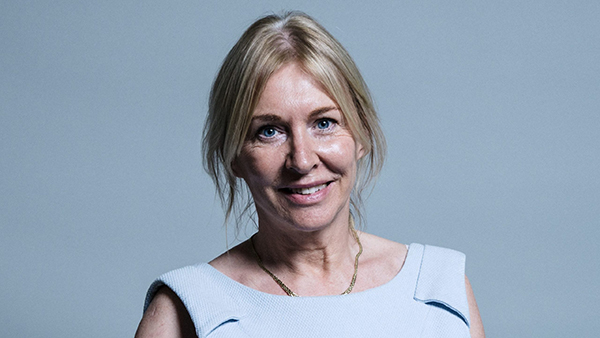 MP for Mid-Bedfordshire to replace Oliver Dowden at DCMS

Nadine Dorries, the MP for Mid-Bedfordshire, has been appointed culture secretary in a cabinet reshuffle by UK prime minister Boris Johnson.

Her brief at the Department for Digital, Culture, Media and Sport (DCMS) includes museums, arts and culture, as well as broadcasting and the creative industries. She will be expected to lead on the recovery of DCMS sectors from Covid-19.

Dorries replaces Oliver Dowden, who has been named co-chairman of the Conservative Party.

Dowden had been at the DCMS since February 2020, just weeks before the first Covid-19 lockdown and longest closure of cultural institutions since world war two. He oversaw the delivery of the government’s £1.57bn Culture Recovery Fund, which helped the sector weather the devastating impact of the crisis.

Dowden had a sometimes-fraught relationship with the museum sector during his time as culture secretary. His letter to national institutions in the wake of the toppling of the Colston statue, which urged them to be “consistent with the government’s position” on contested heritage, led to calls for his department to respect the arm’s-length principle.

He called museum and heritage bodies to a summit earlier this year to develop guidance on putting the government’s “retain and explain” policy on contested heritage into practice, leading to further warnings that he was interfering in the sector’s curatorial independence.

In one of his last statements as culture secretary, Dowden wrote a comment piece criticising the charity sector as being “hijacked by a vocal minority seeking to burnish their woke credentials” and said “resetting the balance” would be a key task of the next chair of the Charity Commission. He was rebuked by the National Council for Voluntary Organisations, which called for the appointment of a “politically independent” chair.

The appointment of Dorries is unlikely to signal a change of direction at DCMS; a Daily Mail headline this week described how she had been promoted “to fight the woke warriors at culture”.

A former nurse, Dorries joins DCMS from the Department for Health and Social Care, where she was minister for mental health, suicide prevention and patient safety.

Dorries has a high-profile social media presence and has published several books. She was temporarily suspended from the Conservative Party in 2012 after appearing on the reality show I’m a Celebrity… Get Me Out of Here without informing the chief whip of her absence.

Dorries becomes the 10th culture secretary to be appointed in just over a decade.