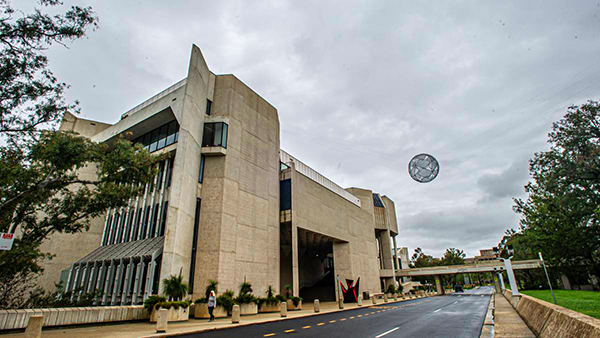 Canberra’s national institutions are on board with proposed changes affecting their donations. Picture: Karleen Minney.

The national institutions in Canberra have all thrown their support behind proposed changes to laws that prevent them attracting more private donations, a parliamentary committee has heard.

The heads of the country’s national institutions appeared before a Senate committee hearing on Thursday morning to voice their support for new legislation promising to make additional private donations easier.

The proposed amendments to the Public Governance, Performance and Accountability Act 2013 would allow Canberra’s five national institutions and Sydney’s Australian National Maritime Museum to accept private donations and invest them in higher-risk investments.

The existing legislation, which doesn’t differentiate between government funding and private donations, restricts the institutions to low-risk investments, resulting in lower returns.

Labor senator Nita Green asked the institutions whether the changes would signal a government expectation for the institutions to raise even more funds in addition to those provided by the public purse.

National Museum of Australia head Mathew Trinca said it had already been an expectation and the changes would make the process less prohibitive.

“I think it’s a practical fact now that all our institutions need to raise funds additional to those appropriated to the institutions by government,” Mr Trinca said.

“That has been the case over many years now successively, and the question about whether there is adequacy of the regime to allow us to attract those funds obviously plays to that issue.”

He added the proposed changes would help give private donors more confidence that the donations they’re offering are being used adequately.

“Those funds are earning next to nothing in the way that we’re constrained by the existing rules,” Mr Trinca said.

“The capacity that this opens up for us to say to donors we can husband or properly manage these funds over the medium term or the long term in the interest of the institution is centrally important.”

The bill will also make amendments to allow the National Gallery of Australia’s national collection to be housed outside of the Australian Capital Territory.

Senator Green asked the gallery’s director Nick Mitzevich what the primary motivations were behind the move, who responded they were financial.

“It’s more financially advantageous to be able to seek commercial storage out of Canberra because the market is more competitive,” Mr Mitzevich said.

“Taking up storage in other regional centres or in capital cities will mean that we can be much more efficient in our storage costs.”

Officials from the Department of Infrastructure, Transport, Regional Development and Communications added it was a minor administrative adjustment and wouldn’t change the collection those in or visiting Canberra would have access to.

“All of the other institutions are able to store their collections in the most suitable location, whether that be in the ACT or outside the ACT,” first assistant secretary Stephen Arnott told the committee.

“We don’t anticipate it will make any practical difference to what Canberrans can access at the actual premises in the city, this is more about what they have in storage,” assistant secretary Ann Campton said.