You are here: Home » Articles filed under: 'News' » Article: 'National Museum of Sarajevo' 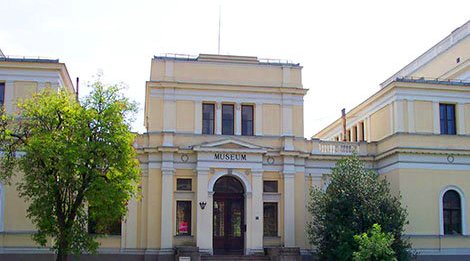 The National Museum in Sarajevo.

The National Museum of Bosnia-Herzegovina in Sarajevo has reopened following a three-year agreement to finance it.

The museum, which opened its doors on 15 September, and six other cultural institutions in Sarajevo will receive funding from a number of government sources until the end of 2018. It has also been agreed that the legal status of the museum will be clarified, allowing for a permanent funding arrangement to be put in place.

“The museum’s reopening marks a significant moment for the city and for the whole region. The museum holds artefacts from across the Balkans,” said Amila Lagumdžija, the programmes and partnerships manager at the British Council.

“The funding agreement is a signal of a willingness to reinvest in culture. This is a cultural, political and economic statement.”

But the institution is not able to just rely on government funding, and has received substantial support from the American government agency USAID. It is also looking for assistance from the wider international community. To this end the British Council is creating links between the museum and institutions in the UK that it could collaborate with.

The agreement follows the campaign ‘I am the museum’ instigated by the Action for Culture group. This saw artists and members of the public guard the museum and its collections and put on a series of cultural events to raise awareness.