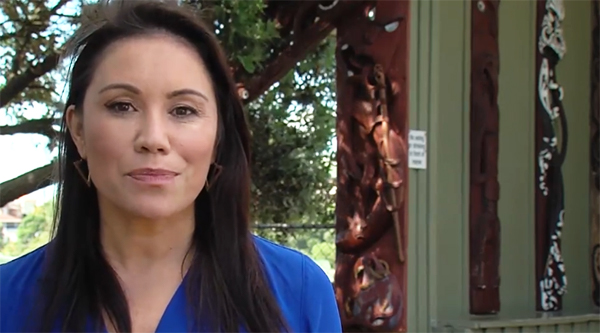 On the surface, National Treasures sounds like a New Zealand version of Antiques Roadshow. Members of the public bring items of personal historical significance to Auckland Museum and present them to experts.

The people discuss their connection to the piece and the experts, usually in the form of museum curators, add their thoughts too. 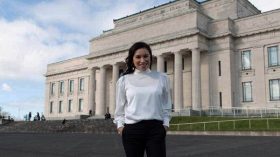 However, the new television programme differs from Antiques Roadshow in that no monetary value is placed on items.

What’s important is the story behind each piece and why it matters to its owner.

Fronting National Treasures is media personality Stacey Morrison whose role has her based at the museum chatting to curators and meeting those who bring items along for inspection.

Meanwhile, Morrison’s husband Scotty travels New Zealand meeting people who, for whatever reason, cannot take their piece to the museum.

National Treasures, which is made with support from NZ On Air and Te Māngai Pāho, features objects, taonga or keepsakes from the past 100 years. 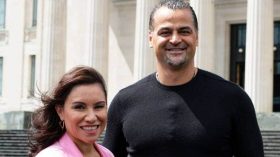 “The special part of the show was the emotional side of it,” says Scotty Morrison, pictured with his wife Stacey.

When there was a call-out for people to submit items that might be suitable for the television show the response was encouraging.

“People at the shops would tell us things and they’d say, ‘I don’t have the internet, you need to come and get it from my house’,” says Stacey Morrison.

On National Treasures, the Morrisons hear stories that have been passed down generations but they also listen to tales related to more recent aspects of local history such as the Christchurch mosque attacks and the city’s 2011 earthquake.

“There were tears every single day of filming,” says Stacey.

“The special part of the show was the emotional side of it,” says Scotty, who recalls meeting a woman who lost her teenage son in the mosque attacks.

The Morrisons say it was a privilege to have people share their stories on National Treasures.

“What this show attempts to do – and I think it actually does it quite well – is show that we need to get out of the mindset that money is what determines value and realise that everybody’s got their own measures of what’s valuable to them,” says Scotty.

Stacey Morrison says one thing she hopes viewers take away from watching National Treasures is that everyone’s story matters.

“There is value in listening to why people think things are valuable, the stories of their life,” she says. “If someone’s willing to share that insight with you, then the least you can do is listen and remember it.

“To me, that’s how you honour people as well. When we keep on talking about people, especially in a Māori sense, that’s how they stay alive.

“One of the points that we come across a lot is when the oral history of Māori is undermined. But the show goes to show that everyone has an oral history as well as a written history and a visual history.

“It’s actually a really valuable way to hold memories and hold history. It doesn’t need to be undermined.”

The Morrisons, who have three children, have worked together before on other television shows.

At present, Scotty presents Te Karere while Stacey is a weekday drive-time radio host. The pair keep busy with other media work too and actively promote te reo, the language they speak at home. But do they turn down much work?

“Yes and we always have,” says Stacey. “We have to. First and foremost, I really liked what Scotty said in another interview. He said none of it counts if at the end our kids go, ‘Well we didn’t see you and you weren’t a great parent’.

“We are really protective of making sure our kids are our priority. I’ve always thought we could do this while our family is well. This works for our whānau.

“So our kids have been starting to do a little bit of TV stuff, just because they’re being asked to. We did Whānau Living together. So it’s all just very normal to them. I don’t know if they’ll end up doing it. If I could make one of my kids be a museum curator I probably would.”