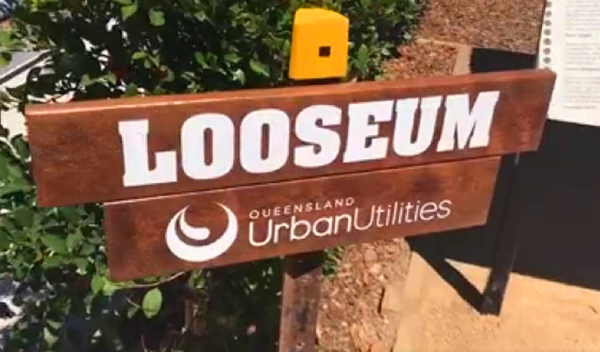 Turns out we have a bit of a soft spot for the backyard dunny.

It wasn’t that long ago a trip to the loo meant braving the wildlife to walk down to the outhouse; greater Brisbane only got widespread access to sewerage services in the late 1960s, after work began on the city’s sewerage network in 1914.

To pay tribute to the great Aussie icon, Queensland Urban Utilities put out a call last year to track down the last remaining outhouses, before they all disappeared.

Pictures of more than 120 thunderboxes still standing across the country were sent in, along with hundreds of artworks and stories dedicated to the backyard dunny, all of which have contributed to the nation’s first museum dedicated to thunderbox, which opened in Brisbane on Tuesday.

“Some are being used as tool sheds or chicken coops and there’s even the rare dunny still in use – sawdust and all,” Ms Cull said.

“We heard memories of trips and spills by the night soil man, pranks played on parents, and kids running scared to the backyard dunny at night.”

Lynn Nicol grew up in in Brisbane’s eastern suburb of Balmoral in the 1950s and has fond memories of “dunny pick up day”, when the night soil man would collect the neighbourhood waste and load the pans into his truck.

“The truck would go down Main Avenue and do a sharp right hand turn in to Tandoor Street,” she shared with QUU.

“For the uninitiated if the driver took the corner too fast all the pans would fly out the door.

“We would often hear the driver scraping up the contents with the lids and my family would have a good laugh feeling a little sorry for him.”

Another contributor, Ian Crowe, shared his memory of his family’s outdoor structure which was always painted “dunny blue” and housed a “family of green tree frogs that kept an evil eye on all that transpired”.

Dale Kerans wrote he had “fond memories” of the “Dunny Men” at Christmas time and would often leave them some beer to say thank you for a “dirty job well done”.

Rob Googe wrote the smell of honeysuckle still reminded him of hot summer night trips to the toilet after his mum grew the scented vine on his family’s thunderbox to mask any “nefarious smells”.

Ms Cull said the rescued dunnies came from Carina, Alderley and Toogoolawah in south-east Queensland and were in a “terrible condition…destined for certain demolition”.

“It’s great we could save this piece of Australian history for future generations,” she said.